NBA Hall of Famer and all-around crazy person Dennis Rodman is back in North Korea for the umpteenth time, and he’s brought along other old ballers this time. Rodman had a meltdown while promoting the exhibition on CNN. David Stern and a group of retired players say they’re not thrilled with any of this. Per the AP:

Dennis Rodman has named a team of former NBA players to play an exhibition basketball game in Pyongyang, North Korea.

Rodman calls the game his version of “basketball diplomacy.”

“My previous travels have allowed me to feel the enthusiasm and warmth of fans,” Rodman said. “The positive memories and smiles on the faces of the children and families are a testament to the great efforts we have put into fulfilling our mission wherever we go voiding any politics. We are all looking forward to arriving in Pyongyang, meeting the citizens, visiting various charities and using the opportunity to develop new relationships that result in our annual return.”

Stern on Rodman/North Korea game: "Although sports in many instances can be helpful in bridging cultural divides, this is not one of them.” 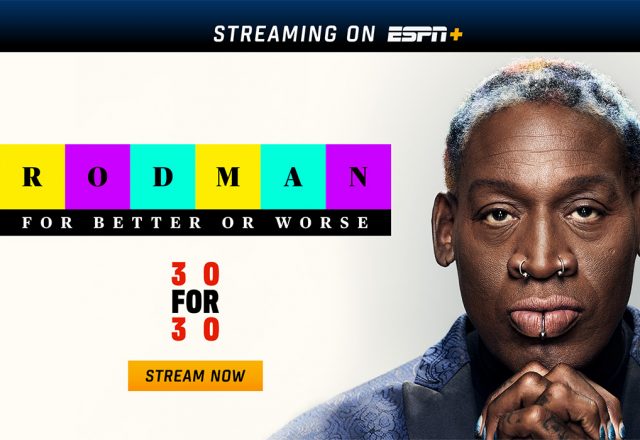