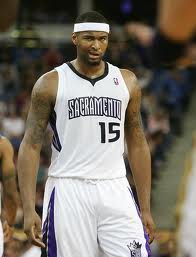 Can’t say we saw this one coming. Sacramento Kings Head Coach Paul Westphal just released a statement noting that DeMarcus Cousins has asked to be traded, and as a result has been told to stay home by his (soon-to-be-former?) team. He’ll miss tonight’s game against the Hornets. Here’s Westphal’s full statement:

“Whenever a new season begins, in any sport, there is great hope that everything will progress in only a steady, upward direction. As we all know, it seldom happens like that in this life!

As coaches, we can only ask that our players do everything they can to improve themselves as individuals and teammates. If they do this with all their hearts, we live with the results.

Everything that happens on a team does not become known to the public. This is how it should be. However, when a player continually, aggressively, lets it be known that he is unwilling/unable to embrace traveling in the same direction as his team, it cannot be ignored indefinitely.

DeMarcus Cousins has demanded to be traded. In the best interest of our team as we go forward, he has been directed by me, with the support of management, to stay home from the New Orleans game tonight.”