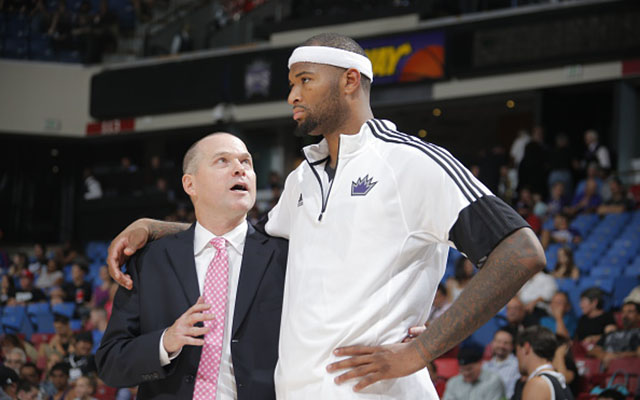 Like everyone else, DeMarcus Cousins found out about his head coach Michael Malone losing his job while checking out Twitter.

Cousins and Malone had a good relationship, and Boogie feels awful about what happened.

The Sacramento Kings have been predictably awful with their big fella sidelined, and Malone took the fall.

Cousins, the Kings’ leading scorer and rebounder, wonders whether his illness contributed to coach Michael Malone’s firing Sunday. […] Philosophical differences were cited, but the Kings have won just two of nine games without Cousins.

“I would be lying if I said I didn’t feel like it was partially my fault,” Cousins said Monday after practice. “In reality it isn’t, but me personally, I feel like it is. Me being out, us losing some games, I feel like I played a part in it.”

“I learned a lot from him. I’m very thankful to play for coach Malone,” Cousins said. “At the end of the day, we know this is a business. Everything doesn’t always work out the way we want it to. I wish nothing but the best for Coach. I hate it had to end this way. But he has my respect, because he’s a great coach.”