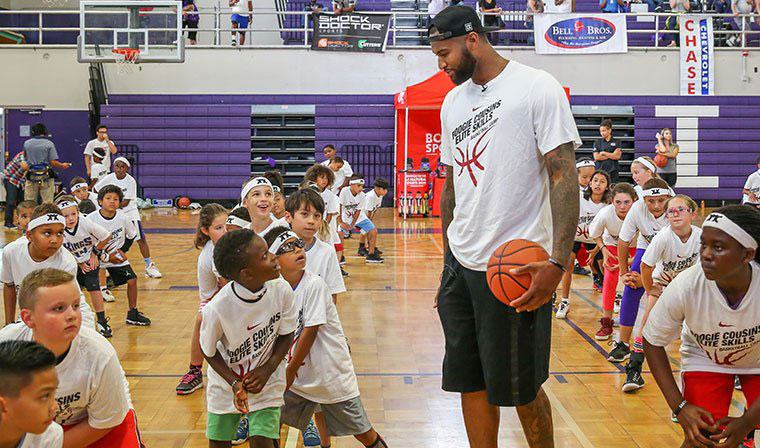 Cousins, 25, dealt with foot injuries in 2015-16, and believes a lighter build will help him avoid the Chillin’ List next season.

The All-Star is also looking forward to leading Team USA at this summer’s Rio Olympics.

“I’m a bit lighter than I’ve been (in) any of my previous years,” he said. “The pace of the of the game has picked up a lot, and I’ve got to be able to fit in. Also, my role changes a lot for Team USA. … I’m also trying to prepare my body for that.”

Cousins also hopes being lighter will help prevent injuries. He was bothered last season by tendinitis in both feet. […] “That’s also part of it,” he said. “A lot less pressure on my feet. It’s a new type of working out.”

Since the end of the season, Cousins has had four shock-wave treatments to alleviate pain in his feet. He said he feels good and is looking forward to Team USA training camp next month. […] “I’m very excited,” Cousins said. “I’ve always wanted to be on the Olympic team, and I’ve finally got the chance.”