Deron Williams Says He Got His Swagger Back 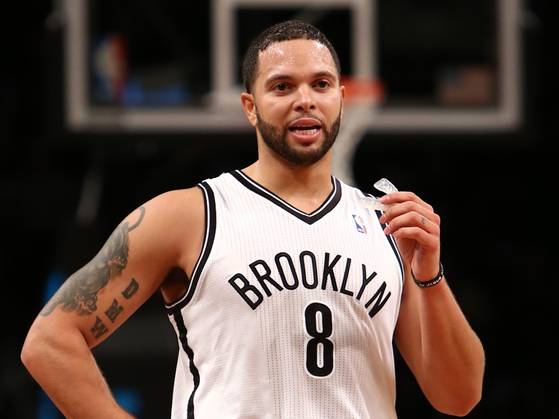 With his ankles finally healthy, Deron Williams says he’s back to playing and feeling like his old self.

Williams’ Brooklyn Nets teammates report seeing and hearing a much more confident (and vocal) floor leader heading into this season.

Deron admits to having lost his mojo last year, but that it’s now all the way back.

“I started out the year, I couldn’t practice,” Williams said. “I came in, and guys were practicing together, had been through training camp together, and I was in the back, working in the pool. […] I didn’t have a good grasp on things so it was hard to explain something when I don’t know what’s going on. When you’re not out there, when you’re not practicing every day, it’s hard to tell somebody what to do when they’re out there busting their [rear end] and you’re in the back.”

“I used to step on the court and feel like I was the best player no matter who I played against,” Williams said. “So I gotta get back to that.” […] “I already got it back,” Williams said. “It’s confidence, man. It’s hard to play basketball when you can hardly walk. It’s just tough to do.”

“I talked to [Nets backup point guard] Jarrett [Jack]. He had surgery his rookie year and he said it took three years before it felt like he was all the way back. I feel night and day better than last year. If this is the best my ankle ever got, then I’d be happy, because it’s 300 times better than it was last year.”