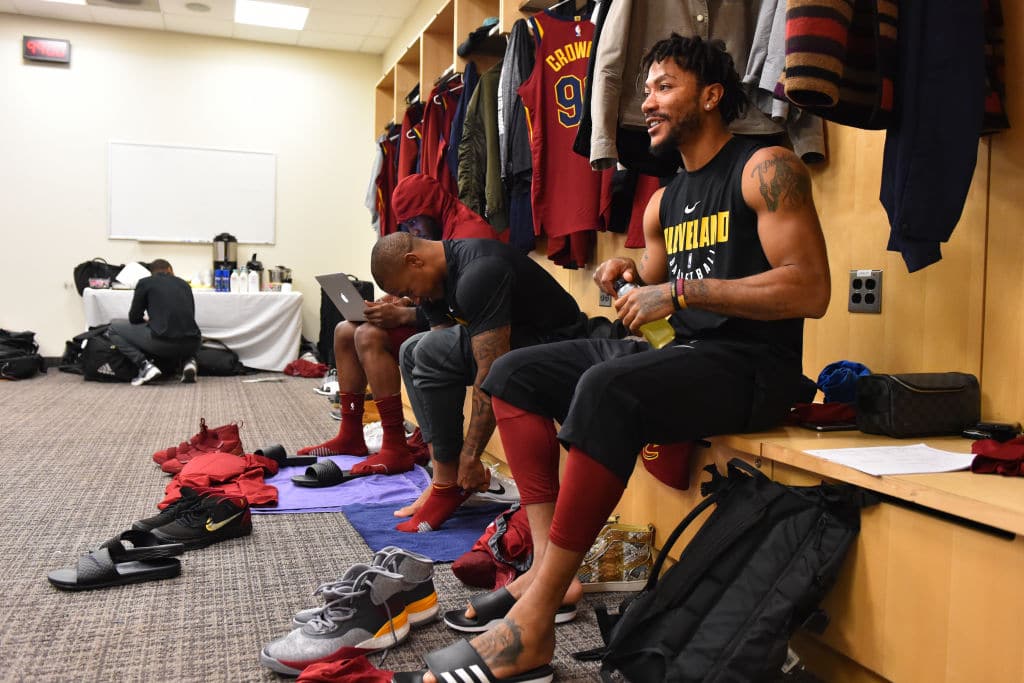 Derrick Rose apologized to his Cleveland Cavaliers teammates at Wednesday’s shootaround for taking a leave of absence just prior to Thanksgiving.

New story: Derrick Rose is back in the fold with the Cavs, however it's unclear when he'll be healthy enough to play https://t.co/VOdQAGMqIs

Rose rejoined the team this week.

The 29-year-old former MVP has been out with a sprained ankle since Oct. 20.

“He didn’t have to, but he did,” Cavs coach Tyronn Lue said of Rose’s message to the team. “He asked me could he talk to the team before we started shootaround and addressed the team. Everyone welcomed him back and is happy he is here, and that’s it.”

As the source added, “It wasn’t a big deal and didn’t need to be.”

Rose, who has missed 17 of the Cavs’ 27 games this season — including the past 13 straight — because of a sprained ankle that he suffered on Oct. 20, has no timetable for when he will return to the court, according to Lue.

“Just going through his rehab now, trying to get healthy,” Lue said. “It won’t be in the next few games or nothing like that, so just got to see how he takes to treatment.”

Related
Derrick Rose Returning to Cavs After Leave of Absence