Derrick Rose Gives Himself an ‘A’ in FIBA World Cup 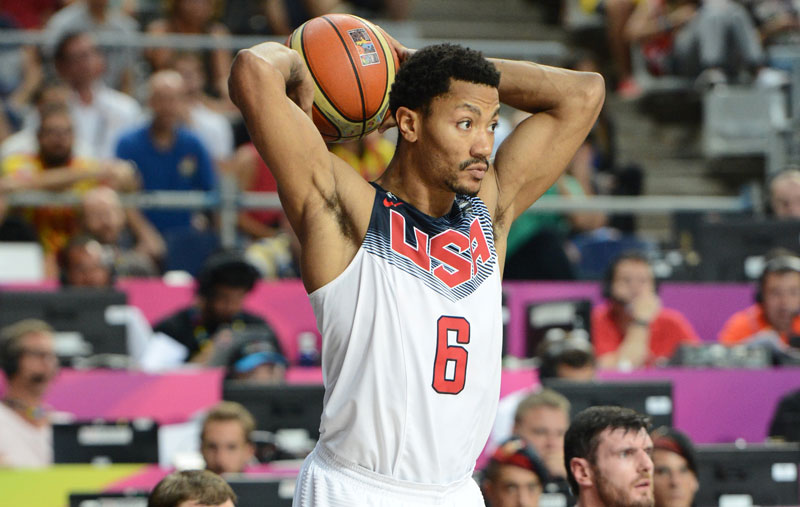 Despite a mostly underwhelming tournament in Spain, Derrick Rose gave himself an ‘A’ for his play in the 2014 FIBA World Cup. Rose said that his primary goals were to make the roster and to win the gold medal. From KC Johnson of the Chicago Tribune:

Rose on his World Cup: "I would give it an A. Coming off of what I had to go through and getting a spot on the team after missing 2 years?"