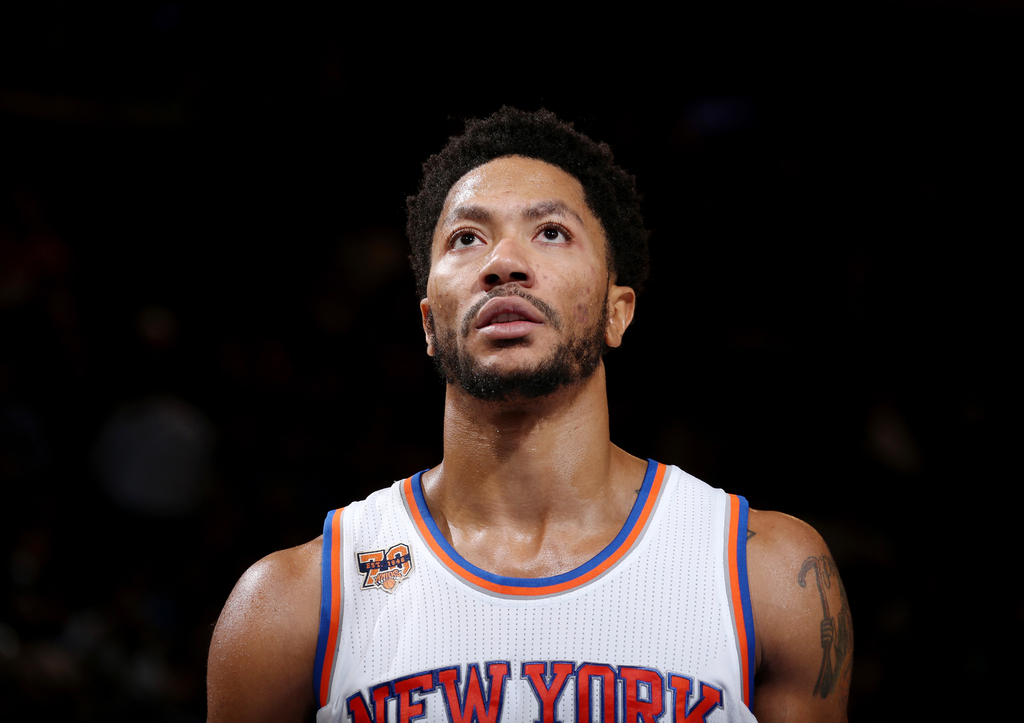 Ninety minutes before tonight’s Pelicans-Knicks game at Madison Square Garden, head coach Jeff Hornacek announced that only bench player Mindaugas Kuzminkas was unavailable due to illness. However, Derrick Rose never appeared in the locker room and did not partake in pregame warmups.

The Knicks PR Twitter account later announced that Rose was “not with the team” and Brandon Jennings would be starting in his place:

Brandon Jennings is starting tonight versus @PelicansNBA – Derrick Rose is not with the team.

By halftime of the game, there was no reason behind Rose’s absence from the game and according to Woj, Knicks teammates, officials and associates of Rose did not know why he was not in the building:

Sources: There are team officials, teammates and close associates unclear of reason for Derrick Rose's absence for Knicks-Pelicans at MSG.

Rose was benched during the fourth quarter of Friday’s win over the Bucks, but Woj is reporting that it is too early to tell if the two happenings are related:

As you'd expect, sources say Rose was unhappy with fourth quarter benching on Friday in Milwaukee — but unclear if that's impacted absence.