Derrick Rose Plans to Start Shooting Threes in the Playoffs 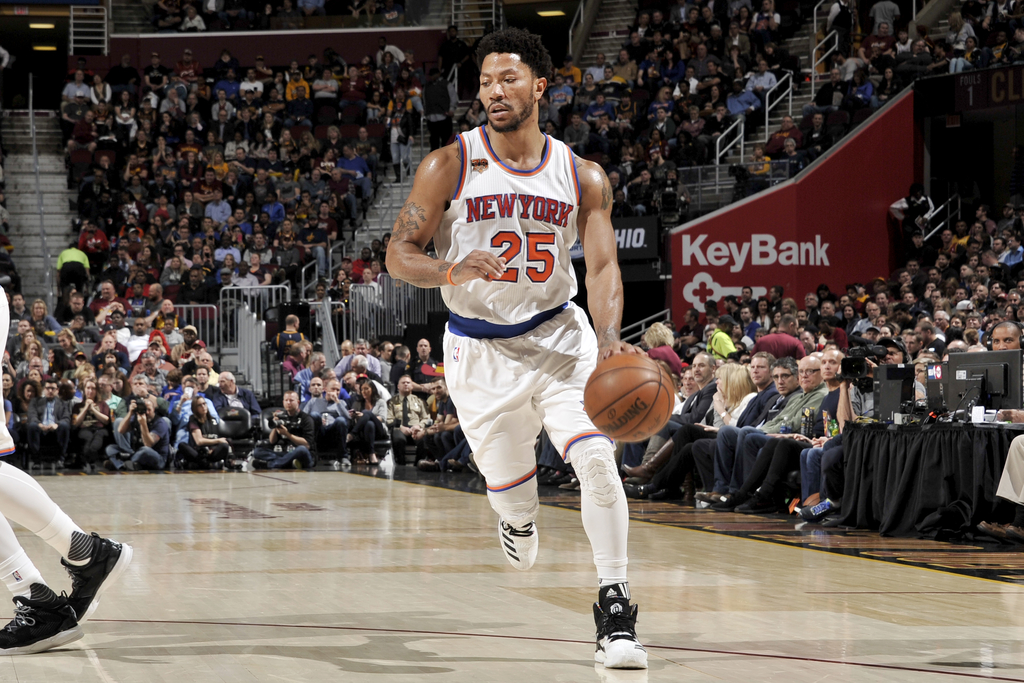 Jeff Hornacek is pushing his point guard to join the modern NBA and start hoisting up three-pointers, and Derrick Rose has designs on doing just that … once the postseason rolls around.

Rose, a career 29.9 percent shooter from behind the arc currently attempting just 1.1 threes a night, says he’s ready to make the necessary “sacrifice.”

Derrick Rose is trying to tweak his game for a playoff possibility…No. Really. This is happening. #Knicks https://t.co/K970tez6yT @Newsday

“I’m trying to put pieces of my game together,” Rose said Thursday after practice at Temple University. “You see I’m not shooting threes yet, but hopefully, [I’ll] start shooting them in the playoffs. It’s going to take a lot of sacrifice and dedication to get there, but I’m just adding pieces of my game throughout the season.”

“That’s where I think the pressure from point guards in this league comes [from],” Hornacek said. “Derrick can get to the basket at will, so they play behind and try to clog the lane. If he can knock down those threes, then what’s a team going to say? ‘What do we do?’ That makes it even more effective. […] We’re kind of encouraging him to take a look at it, see it on tape, look how these guys go behind, and if you can shoot that three, [shoot it] — he shoots them pretty well in practice.”

Related
Derrick Rose: ‘I Get All My Points Off Random Baskets’