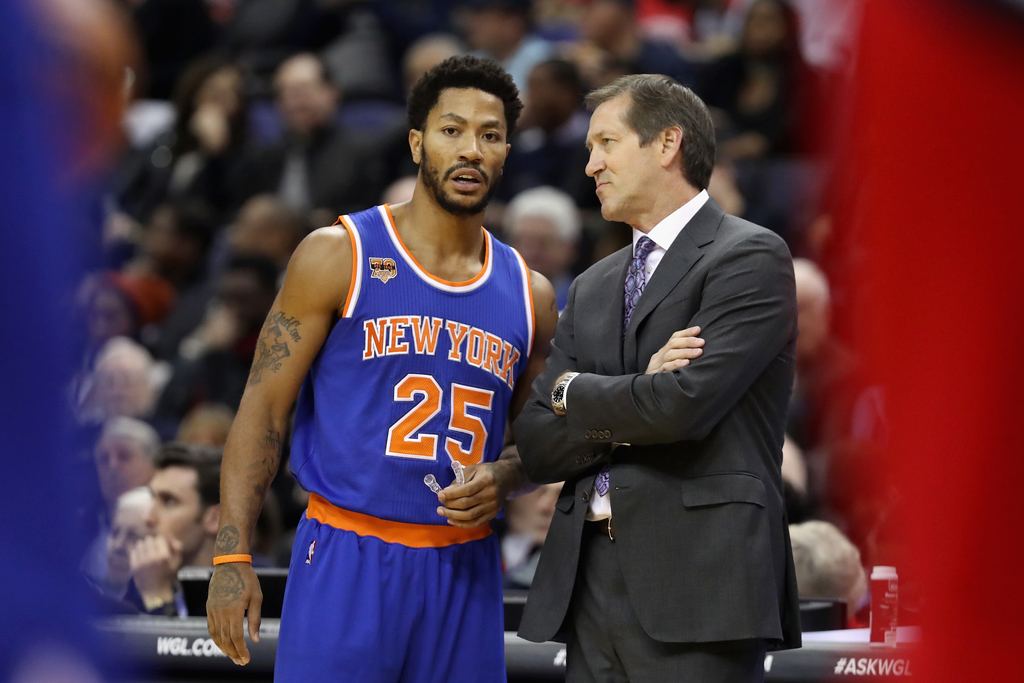 The New York Knicks are an abhorrent defensive team, and Derrick Rose is imploring his head coach to scream about locking down the opposition.

Jeff Hornacek needs to get in his squad’s face about playing D, says Rose.

Hey, coach! Derrick Rose had a message for Jeff Hornacek after @nyknicks practice today about the D https://t.co/5BgmLr4zdF – @SBondyNYDN pic.twitter.com/vXuI9A5BPp

“We were just talking about defensive schemes, what I see with our defense, what he thinks our problems are. I just told him, it’s defense. Our defense triggers a lot of things,” Rose said. “And I told him he has to be on us hard about defense every day. Like, beat it in our heads where we get tired of hearing him talking about it.”

Hornacek said he obliged when players previously lobbied for more of a focus on defense. Even earlier than that, assistant Kurt Rambis was put in charge of the defense and the Knicks decided that their strategy of switching on pick-and-rolls wasn’t working. But nearly halfway through the season, nothing has worked.

“Probably a good three weeks ago when they wanted more of it and we put more in practice and we do shell every day. We do defensive situations every day. Try to go live,” Hornacek said. “It’s a case of continuing to work on it. At times it’s pretty decent and other times we kind of revert back. Again, we have to do a better job of just keeping harping on them about it and putting them in different situations in practice and they’ll have to do a better job at doing it more consistently so we all have to get better at it.”