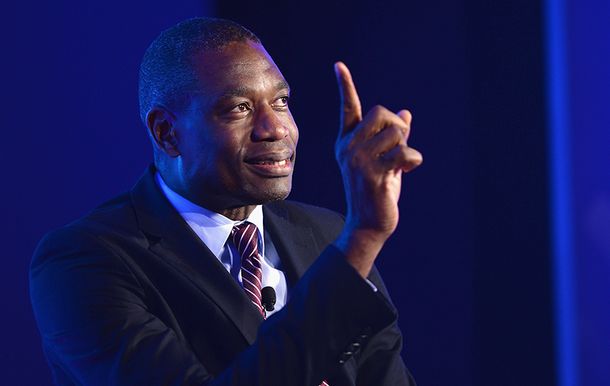 Look out, ‘Nique and C-Webb … Dikembe Mutombo wants in on the sale of the Atlanta Hawks.

The former Hawk center is said to be rounding up a group of investors in the A, but has yet to submit a formal bid for the franchise.

The group, which is made up in part of Atlanta businessmen, has begun the preliminary work to get involved in the process. Talks are ongoing. The group may also consist of other former NBA players. They hope to meet with the NBA commissioner’s office in the near future.

Mutombo, from the Democratic Republic of the Congo, played five seasons for the Hawks from 1996-2001 where he twice won the Defensive Player of the Year award.

The sale process is still in the early stages. The Atlanta Spirit have yet to meet to determine the exact stake in the franchise that is available, possibly beyond just the controlling interest. The process of hiring an investment banking firm to vet prospective buyers has also not been completed.