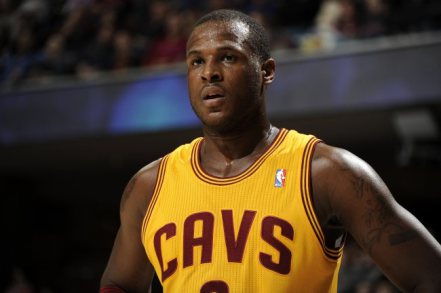 LeBron James was busy preaching about playing unselfishly and breaking out of bad habits following a road loss Tuesday night, but not all of his Clevealand Cavaliers teammates may be ready to fully listen just yet.

Guard Dion Waiters fought for his place in the team’s starting lineup, and figured he was in for an easy ride this season.

Waiters isn’t all that jazzed about his new role on the Cavs -– primarily that of a spot-up shooter -– and his poor play against the Portland Trail Blazers landed him on the bench (in favor of backup Matthew Dellavedova, who suffered a knee injury.)

It has been made clear to me in recent days by Cavs deep thinkers they’d like Waiters to really concentrate on two areas: defending like crazy and shooting catch-and-shoot 3-pointers. Waiters’ catch-and-shoot numbers last season were much better than I would’ve predicted: He made 42 percent of his catch-and-shoot 3-point attempts last season (72-for-173). That ranked 35th in the league (minimum 100 attempts), which was higher than Kevin Love (40 percent) and [Kyrie] Irving (32 percent).

So when Waiters stayed behind after the team’s morning shootaround Tuesday and worked out for another 40 minutes, after the bus and rest of the players were long gone, it wasn’t surprising to watch him working primarily on catch-and-shoot 3-pointers. Yet when I asked him about focusing on that this season, he dismissed it.

“That’s not my game,” he said. “I can do it, but you know what I’m effective at: pick-and-roll and things like that.”