Don’t Rub Him The Wrong Way 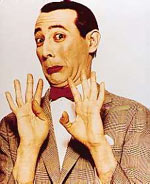 2) Early on in the suit, Griffin is referred to as “the tortfeasor.” Sounds like one of the movies in his collection, actually.

3) For the first time, I saw the actual date of the accident. They played Orlando that night, and according to the box score, Griffin finished with 2 points, 3 rebounds and 5 fouls.

4) When Griffin allegedly hit the guy’s car, the guy was standing right there next to the car. That’s gotta suck, just standing by your car when a huge Escalade comes along and rams it up onto the sidewalk.

8) The plaintiffs believe Griffin was drunk because he put on a hooded sweatshirt inside out and used the word “whatever” 69 times in 17 minutes, according to the store’s surveillance videos. Hey, maybe he just has a limited vocabulary.

9) Griffin told the team’s beat writers that he’d crashed after his laptop fell off his lap. Which could be an elaborate euphemism.

10) And maybe the most cutting paragraph of them all, following a section about Griffin’s previous alcohol-related troubles…
“That Coach Dwane Casey and the administrative arm of the Minnesota Timberwolves including Vice-President of Basketball Operations, Kevin McHale, knew or should have known of Defendent Griffin’s relapse, further evidenced by his poor performance on the court in the 2005-2006 season (e.g., in March, before the accident, Griffin had played in 9 games, a total of 100 minutes, and scored only 5 field goals).”