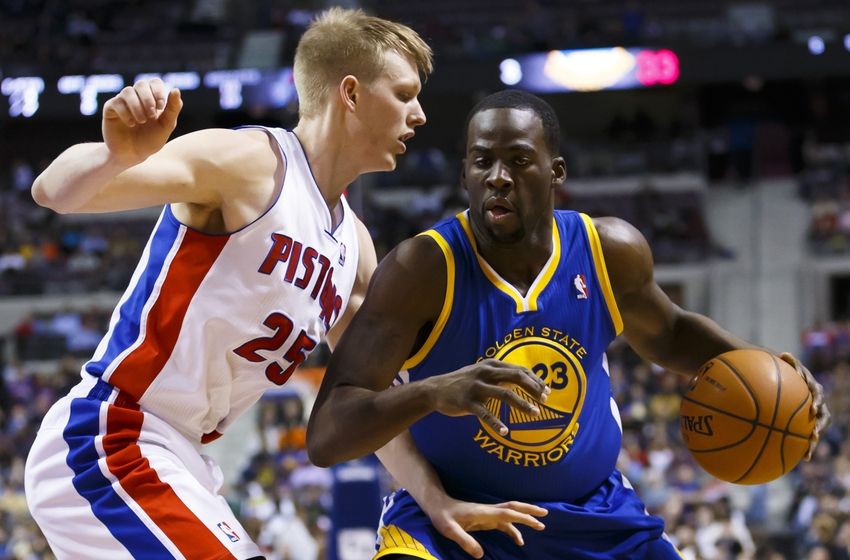 Golden State Warriors forward Draymond Green was caught off guard by a published report this week, claiming that he’s hoping to wrangle a big-time offer from the Detroit Pistons this summer as a restricted free agent.

Green, a Michigan native, says he’s focused on helping the Dubs compete for an NBA title.

Green spent part of the All-Star break in his homestate, but says there’s point in speculating about his future at the moment.

“Yeah, it was all over my Twitter today,” Green said on KNBR 680-AM. “All of a sudden all this stuff popping up … and the story from Woj and I’m like ‘Whoa, where did this come from?’ So yeah, I saw it today…”

“I’ve had so much fun this year with this team and playing with these guys,” Green said. “I’m not going to sit and worry about what’s gonna happen when July 1 comes around. I’m gonna worry about now and that’s trying to get better each and every day, and try to pursue a championship … You’re talking about a life-changing decision. It’s definitely going to be a tough decision … all that stuff will take care of itself.”