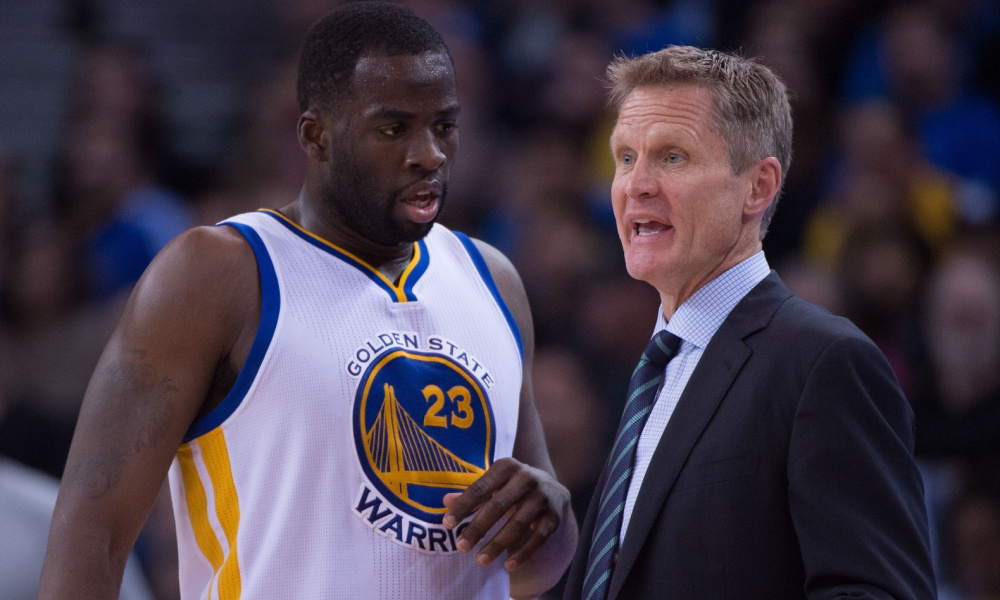 Prior to Stephen Curry’s unbelievable game-winner Saturday night against the OKC Thunder, Draymond Green briefly lost his mind during a profanity-laced halftime outburst.

Stephen A. Smith reported Draymond said: "The hell w it. I'm not coming out f/ the second half. I'm not playing." https://t.co/Bx8V02cZAR

Stephen Curry said Green apologized to the team after the game and there were no lingering after-effects. […] “He’s invested in what we’re doing and obviously he’s an emotional guy, a fiery guy, and that’s what we love about him,” Curry said. “It spilled over into the locker room, but that’s not the first time that’s happened. It probably shouldn’t have happened, but we came out united. That’ll never be in question.”