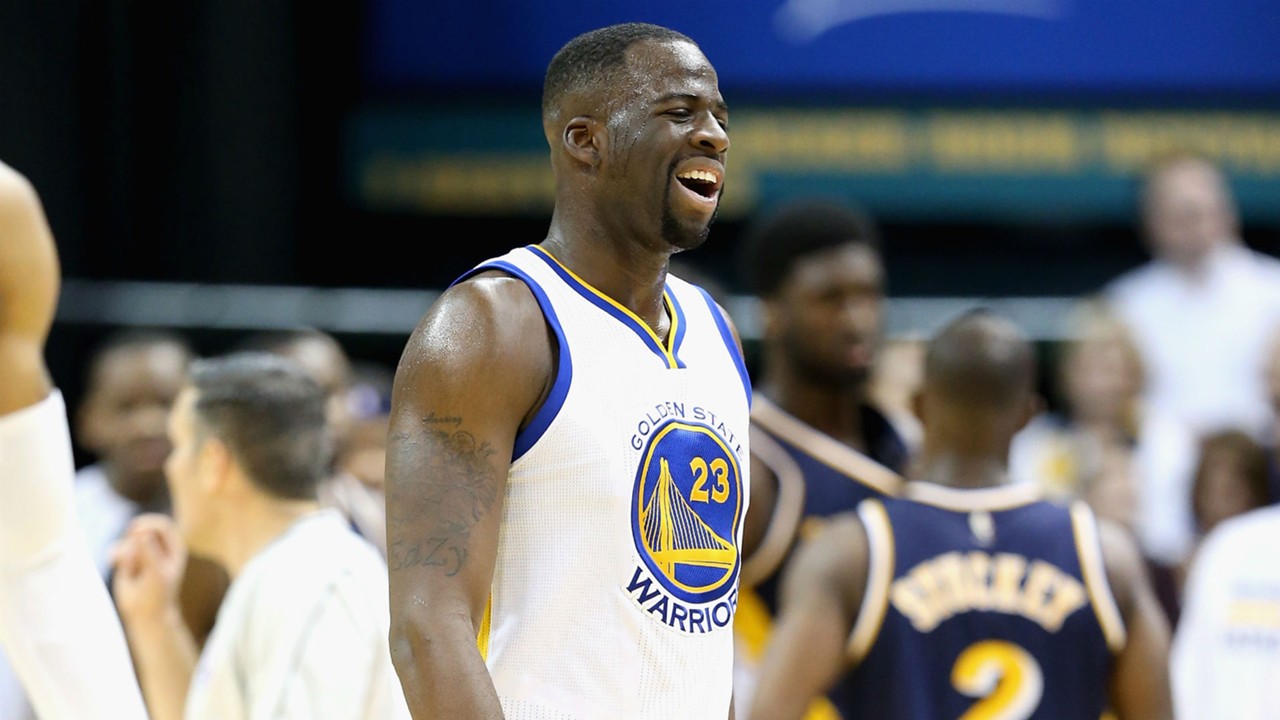 Golden State Warriors forward and resident funny guy Draymond Green placed second to Kawhi Leonard in Defensive Player of the Year voting this season, and he appeared to take it all in stride.

Green was philosophical about the whole thing, bringing up Al Gore’s infamous loss in the 2000 U.S. presidential election.

Green was curiously left entirely off a third of all ballots.

Still, the Warriors couldn’t be blamed for thinking they deserved more recognition. As the focal point of his team’s switch-heavy defense, Green placed fourth in individual defensive rating (97.2) and (Andrew) Bogut — as the anchor of the league’s best-rating defense (98.2 points per 100 possessions) — was second (96.8). […] “I’m not going to sit here and kill myself over not winning Defensive Player of the Year. We’ve got a bigger goal, and that’s winning a championship,” Green said at Thursday’s morning shootaround. “Kawhi is what we all strive to be. He’s a champion, so you can’t sit here and beat yourself up or worry about what happened. He’s a champion, and how can anybody complain about that?”

Green, who said he was “disappointed, but not angry,” averaged 1.6 steals, 1.3 blocked shots and 6.7 defensive rebounds. He has defended players at every position this season, but primarily defends the Western Conference’s loaded stable of power forwards: LaMarcus Aldridge, Davis, Tim Duncan, Kevin Garnett, Blake Griffin, Serge Ibaka, Dirk Nowitzki and Zach Randolph. […] Green was, however, upset at Bogut’s vote tally, saying it was a “mockery” that his teammate was listed on only 19 ballots and received 31 points. Warriors head coach Steve Kerr, who finished second to Atlanta’s Mike Budenholzer for Coach of the Year on Tuesday, said he would have voted Green No. 1 and Bogut No. 2 — “Sorry Bogues,” he joked.