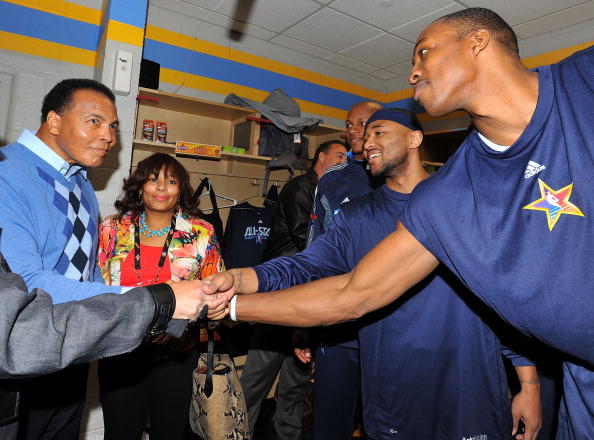 According to Bob Vander Weide, a former president of the Orlando Magic, Dwight Howard once compared himself to Michael Jordan, Muhammad Ali and Nelson Mandela.

Howard was apparently convinced that he had reached world icon status when he made the jaw-dropping comparison.

The big fella called the allegation “total bs” on Twitter.

@JamesJJ_ never said that its total bs jus to let u know.

Weide says that’s when he knew Orlando had lost any hope of retaining Howard during the infamous “Dwightmare” that dominated the 2012 NBA offseason; the big fella was traded to the Los Angeles Lakers that summer.

“When Dwight told me he was an icon, guess what three names he used [to compare himself to]?” Vander Weide said. “Michael Jordan. Muhammad Ali. Nelson Mandela. … ‘Are you kidding me?’ We’ve been to the Finals once and you’re a great athlete, and you’re an icon like these three? I knew it was over. I knew there was no chance of keeping him.”

Related
Dwight Howard: ‘I Am Still a Champion’