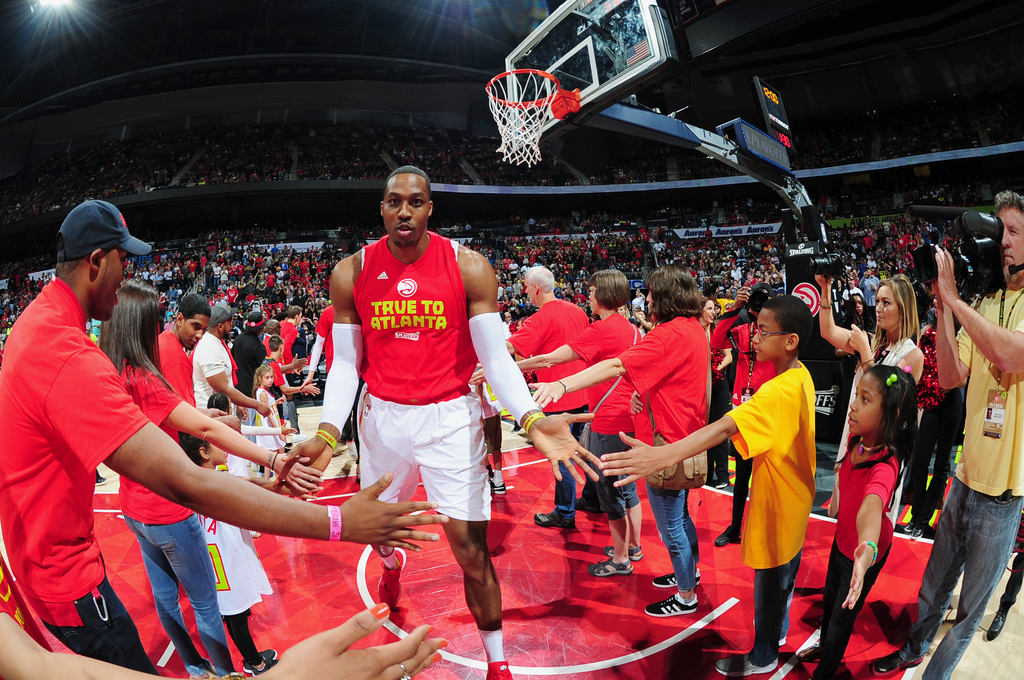 A day after the Atlanta Hawks were booted from the postseason, Dwight Howard vented about playing just 22 minutes in a 115-99 Game 6 loss to the Washington Wizards.

The big fella says he can’t help the Hawks win games if he’s glued to the bench.

Dwight Howard upset at benching and this homecoming seemed doomed from the start. @ATLHawks. https://t.co/61BHkK2g35

Head coach Mike Budenholzer reduced Howard’s minutes down the stretch of the regular season, and benched him for the entire fourth quarters of two Playoff games.

Howard is not happy. The day after the Hawks were drop-kicked into the offseason by Washington, he used the word “pissed” three times to describe his feelings about the way both his and the team’s the season ended.

Howard was the centerpiece of Budenholzer’s offseason makeover. But in the playoffs he somehow evolved into the equivalent of a gravy boat — a seldom-used piece on the roster. He played in just over 16 of a possible 72 minutes in the fourth quarters of six playoff games against the Wizards.

“It hurts,” Howard said. “I’m sure if you wrote the best stories in the world and nobody read your stories and they told you to stop writing and you saw somebody else’s story that wasn’t as good as yours, I’m pretty sure you’d be pissed, too. That’s how it is in basketball.”