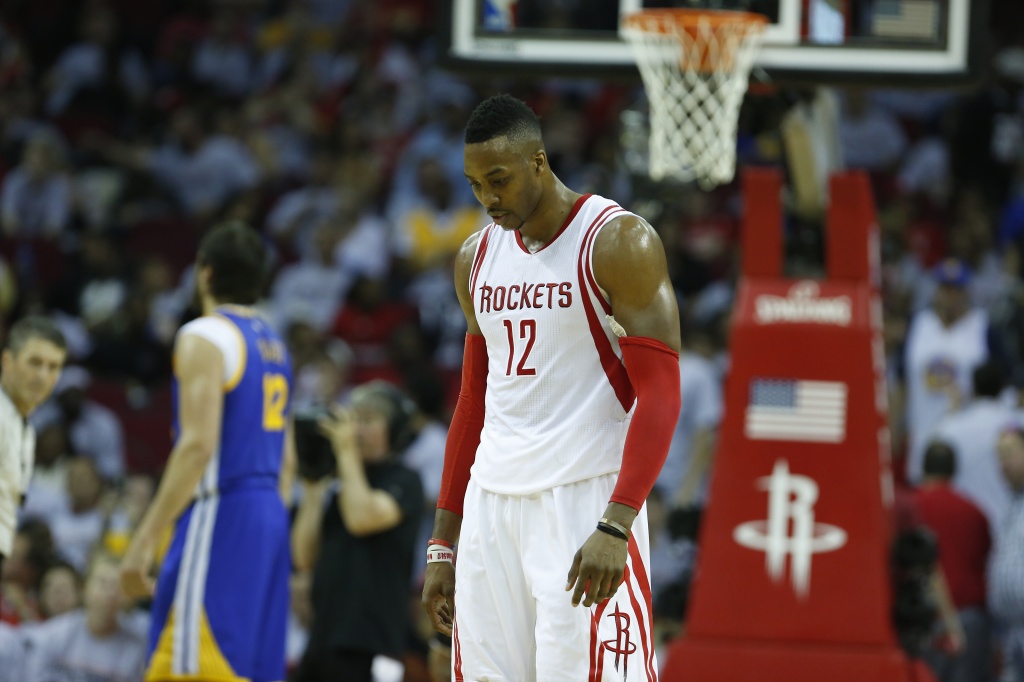 The Golden State Warriors pounded the Houston Rockets 115-80 in Game 3, taking a 3-0 Western Conference Finals series lead, and Dwight Howard said everyone in H-Town threw in the towel.

The big fella says that can’t happen again if the Rockets are to extend the battle past Game 4 Monday night.

Dwight Howard: “I saw quit from everybody in the arena. We can’t have that.”

Dwight Howard: “If there’s any doubt or any disbelief in your spirit, then you might as well say we’re finished.”

Howard refuses to allow the negative thoughts—namely that no NBA team has ever come back from a 3-0 deficit in the postseason—to cloud his mind with Houston’s season on the line.

Dwight Howard isn’t hearing any of the negativity. […] “I’m keeping my headphones on,” the Rockets center said.

“We’ve come too far, we’ve had too many battles,” he said. “We can’t quit on each other now.” […] “We’ve got to move forward,” Howard said. “I mean, that’s the only way I know is to move forward. We all go through different trials and tribulations, and for us to try to get over whatever we’re trying to get over, we’ve got to fight through.”

Howard is a clear leader for the team. He was their biggest cheerleader when he was out for two months with a knee injury. He has been a consistently dominant force for them on the court throughout the postseason. When he sprained his knee in Game 1 of this series, he battled through it to be there for his teammates. […] “He’s tough and he works hard,” forward Terrence Jones said. “He inspires us. He told us to keep fighting. I really appreciate the big fella expressing himself and letting us all know how much he wants to win and hopefully we can all go out there and give that kind of effort.”