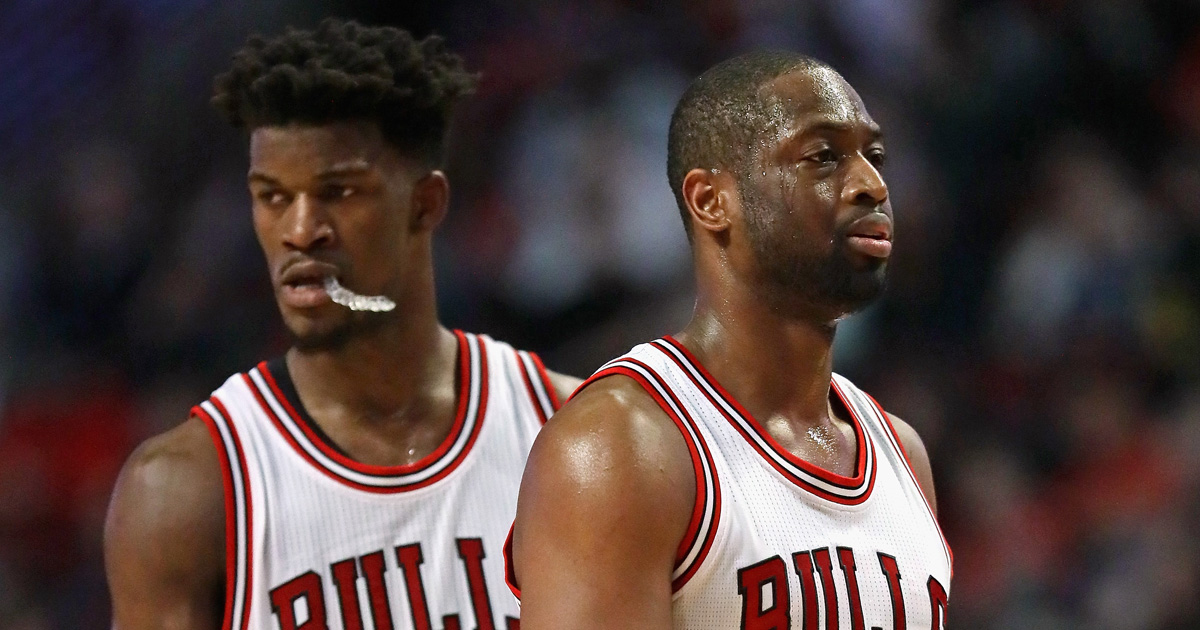 Despite 40 points from Jimmy Butler and 33 points from Dwyane Wade, the Chicago Bulls blew a 10-point lead with 3 minutes left against Hawks on Wednesday, eventually losing the game, 119-114.

Wade, who has grown very vocal about the Bulls’ lack of effort, told the press, “I’m 35 years old. I have three championships. It shouldn’t hurt me more than it hurts these young guys. They have to want it.”

Butler ripped into the team as well: “If you don’t come in this motherfucker pissed off after you lose any game…if you’re not pissed off that you lost, something’s wrong.”

“This just can’t be acceptable if you want to do anything besides have an NBA jersey on and make some money. That’s all we’re doing right now.”