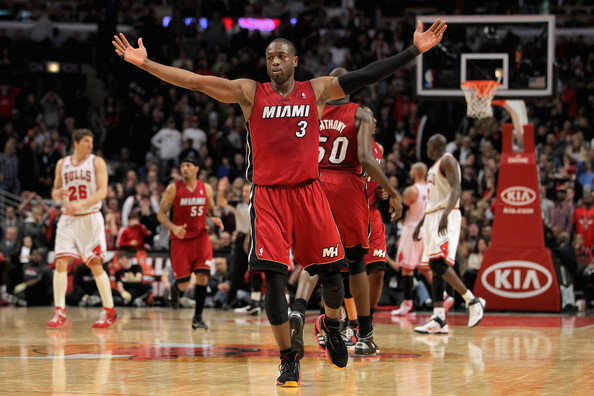 Aside from family members and childhood friends, very few people in Chicago cheer for hometown hero Dwyane Wade when his Miami Heat show up to play the Bulls.

According to Wade, he’s never been fully embraced by the basketball-mad city because he made his mark playing hoops in the suburbs as a young phenom. This fact, Dwyane seems to believe, created a disconnect between local fans and one of the Windy City’s greatest players.

“It’s always been a knock on guys who played in the suburbs,” said Wade, who played at Richards High in Oak Lawn, Ill., about 25 minutes outside the city. “You didn’t get as much attention because they think it’s not as tough or whatever the case may be. I think I represent the city. Guys are proud of that, but it’s something different between guys that go to school in the city and the suburbs.”

“Chicago has a rich history. I would never say that I’m the best player to come out of there because there’s so many great players that came before me that led the way. But to be one of the top players, it’d be an unbelievable honor for me.”

As the story points out, the only Chicago product to have had as much success in the NBA as Dwyane Wade is Isiah Thomas, and Wade will have a chance to surpass Thomas in the championship category this summer.

The Miami Heat are in town to play the Bulls tonight, and Chicago fans will have no other choice but to watch and grit their teeth as one of their own looks to help his team continue to rewrite the history books.