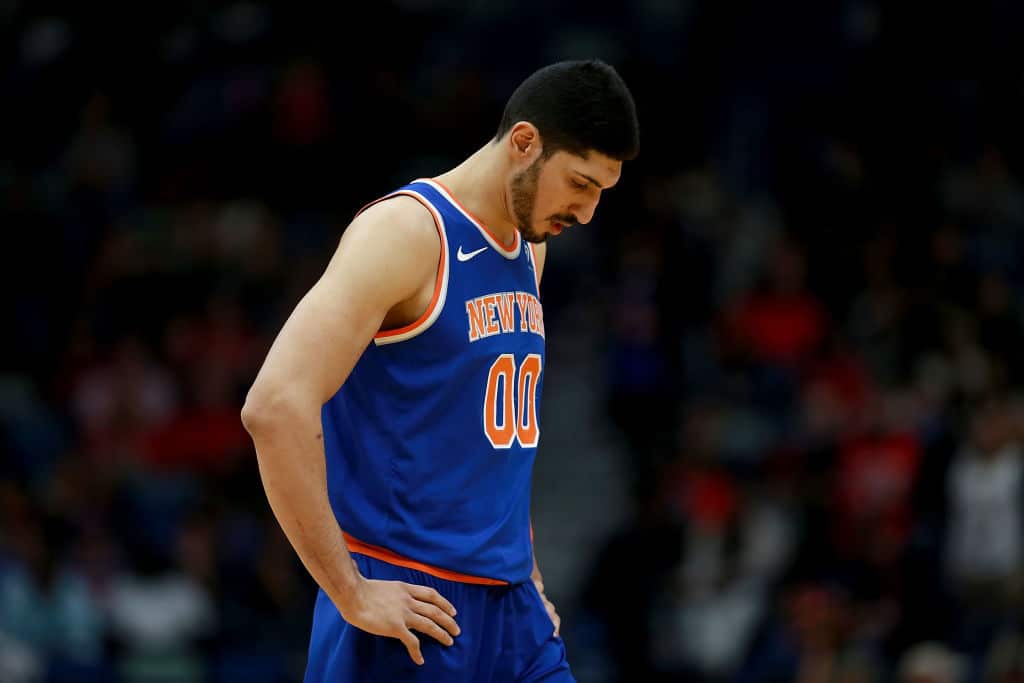 New York Knicks center Enes Kanter came into Wednesday night’s 122-119 loss to the Chicago Bulls having sat out the fourth quarter in five consecutive games, and he finds the whole thing quite strange.

The big fella played five minutes midway through the fourth quarter last night, and his minutes are down to 25 per game.

It’s all a function of the Knicks’ center glut — and the notion Kyle O’Quinn continues to excel as Kanter’s backup. O’Quinn has consumed a lot of the fourth-quarter minutes. The tandem of Kristaps Porzingis and Michael Beasley, neither of whom is a center, has also been used to close games.

Hornacek indicated O’Quinn has earned time in the fourth because of his defense, but Kanter hasn’t had that conversation with the coach.

“He did not [talk to me],” Kanter said. “I’m ready [to play in the fourth]. It’s a little weird to me too. I guess he’s trying to make everybody happy. That’s what he’s doing. The most important thing is if we’re winning or not. If we’re winning we’re good. If we’re losing, there’s a problem.”