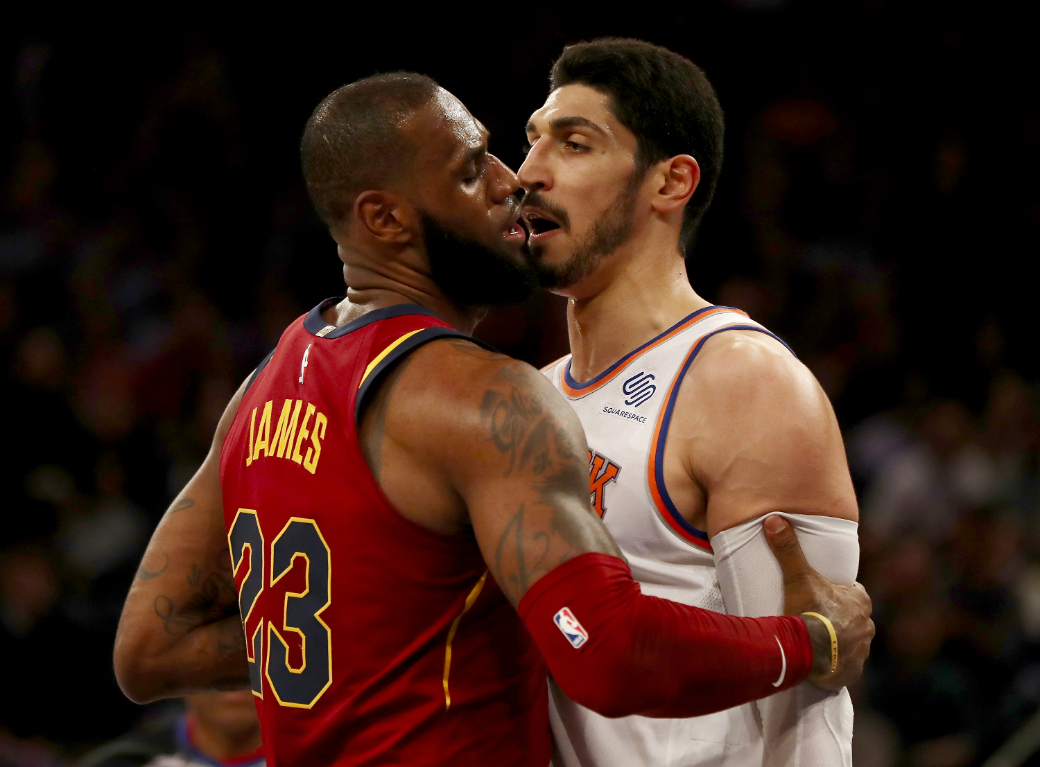 Enes Kanter isn’t shy about coming at The King. The two have an ongoing feud this season that dates back to November, when LeBron visited the Garden for the first time.

With All-Star spots opening up due to injuries, Kanter, who is averaging 14.0 points and 10.1 rebounds per game, was playfully asked how he would respond to being on James’ team:

Enes Kanter was playfully asked about replacing the injured Kevin Love and playing for LeBron James’ All-Star team. “I might ask for a trade,” he said with a laugh. “If it happens, it happens. If not, I’ll go to break. I’m going to cheer for KP.”

After Kanter mocked James’ Cavaliers for surrendering 148 points to his former team, the Thunder, a few weeks ago, the 25-year-old big man was reportedly warned about his relentless trolling.