Enes Kanter Warned Not to Encourage Knicks Teammates to Fight 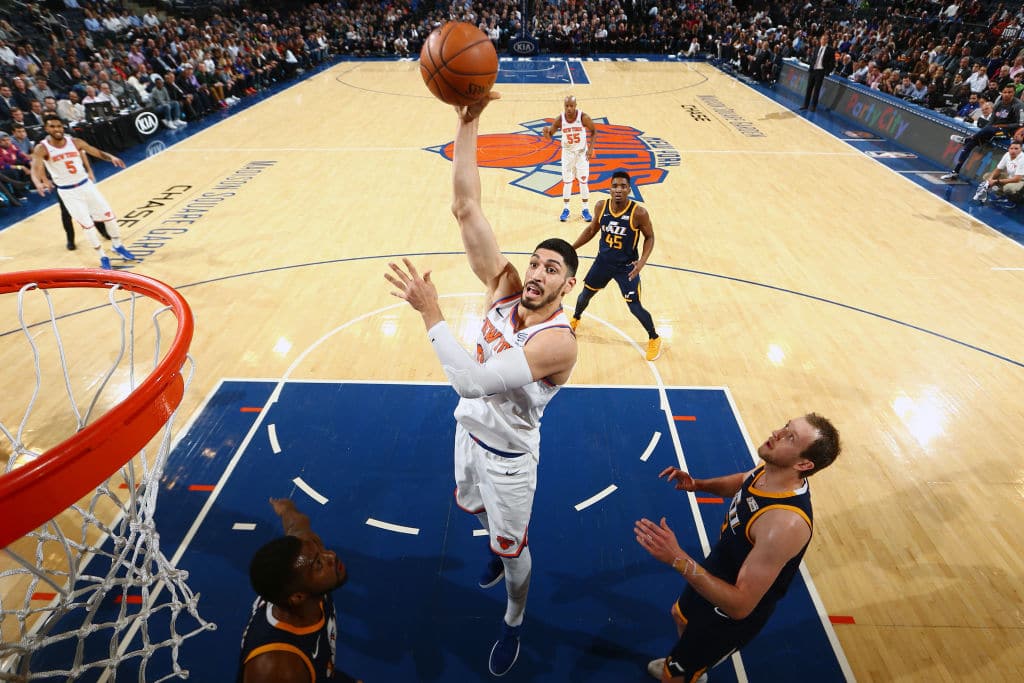 Enes Kanter warned by front office; Kristaps disagrees with THJ about why the Knicks lost https://t.co/9iJmgdwBkC

Kanter had assured the unnamed teammate that he’d take care of his fine from the NBA.

Kanter was on the sideline for Monday’s loss to the Trail Blazers with back spasms, but afterward relayed his message to an unnamed teammate — “Hey man, go out there and fight with somebody. It will get the energy up,” Kanter said. “No, I’m serious. If you go out there and just hit somebody or just fight with somebody, get a technical foul, I will pay for the fine, I don’t care.”

Kanter said Tuesday he expects to hear from the NBA. Ironically, the 25-year-old could still pay a fine even without a fight.

“They said they’re probably going to call,” Kanter said, before again clarifying his comment. “Just got out there play hard, have fun, compete, fight, means do your thing, play hard, as hard as you can.”