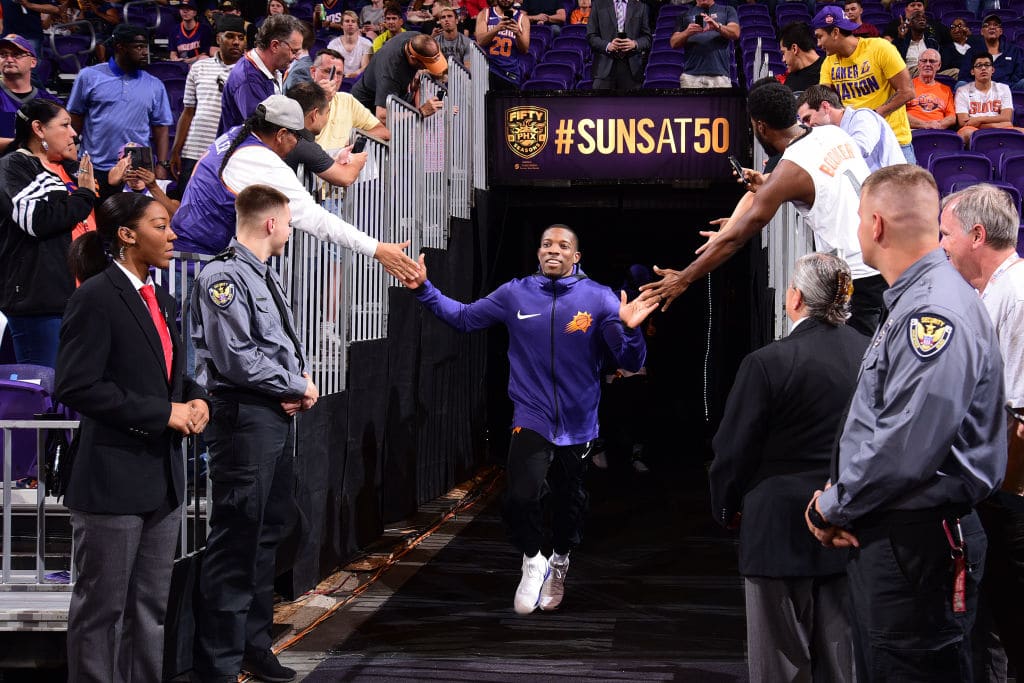 Eric Bledsoe is excited to join the Milwaukee Bucks, and put the Phoenix Suns’ rebuilding situation in the rearview mirror.

In his first interview since the trade, Eric Bledsoe (@EBled2) tells ESPN: “I️ felt like with where [Phoenix] was headed, it was time for me to move on.” https://t.co/I3JZDNRR6p

Bledsoe left Phoenix under a cloud of controversy, and says the Suns’ blantant tanking last season made him demand a trade.

The Suns dealt the 27-year-old point guard in exchange for Greg Monroe and two draft picks.

“I felt like with where the team was headed, it was time for me to move on,” he said. “They’ve got an amazing, young, talented team, and I feel like it was time for me to find a better situation for my career. It had nothing to do with anything the Suns had going on. I made the decision that this was best for me.”

Last season, the Suns shut down Bledsoe, their starting point guard, for the final 15 games in hopes of improving their draft chances. Phoenix ended up getting the fourth pick in the 2017 draft and used it to select Josh Jackson out of Kansas.

“I felt like it was time [to leave], especially when they sat me down last year,” Bledsoe said. “It gave me a better picture, a more clearer picture of what I needed to do.”

Related
Suns Shut Down Eric Bledsoe for Remainder of the Season