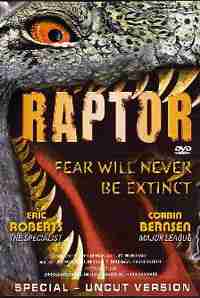 Honestly, I don’t care about this issue as much as I did yesterday. That’s the fun of writing a blog. You put your feelings out there and move on. Dudes are getting money, so I’m happy for them. Even if the way it’s happening is by lots of promise breaking (a.k.a. lying) and the superstars are putting their hometown fans in an awkward position. Really, being a sports fan is not a feasible business move, and when the players make it all about business it puts a bad taste in my mouth. What if I were a Raptors fan and I said “I declare myself loyal to the team contingent upon them putting good players on the court.” Could I just quit being a fan because the star player quit playing for them? It doesn’t work that way. Unless you’re a Lakers, Yankees, or Cowboys fan.

Maybe we should blame all the media outlets that bothered to report the phrase “verbal agreement”, cause obviously that is a phrase that carries no weight. The best part of this whole thing is how the whole mass media was caught with their pants down. Did anybody know about this ridiculous loop hole? Did Team LeBron, four guys who don’t have nearly the formal economic training as the world of Harvard Business School high-powered agents and journalists, out-smart everyone? It would seem so.

Chris Bosh played follow the LeLeader. LeBron, Carmelo, Wade, and now him. Darko has been dangerously silent. It’s funny how NFL players go crazy about not having guaranteed money, and sign these 10-year $80 million deals that will never be played out, while these NBA guys are basically saying to their teams “Yeah girl, I wanna marry you. I love you. I just need some time to think about it. Now buy me something nice.”

But oh yeah, get that money Chris. Hustle. $60 mill is for tipping waitresses. (Bonus points for anyone that catches what the reference is. Hint: It has to do with something in the photo to the left, and it’s extremely subtle. None of you will get it.)