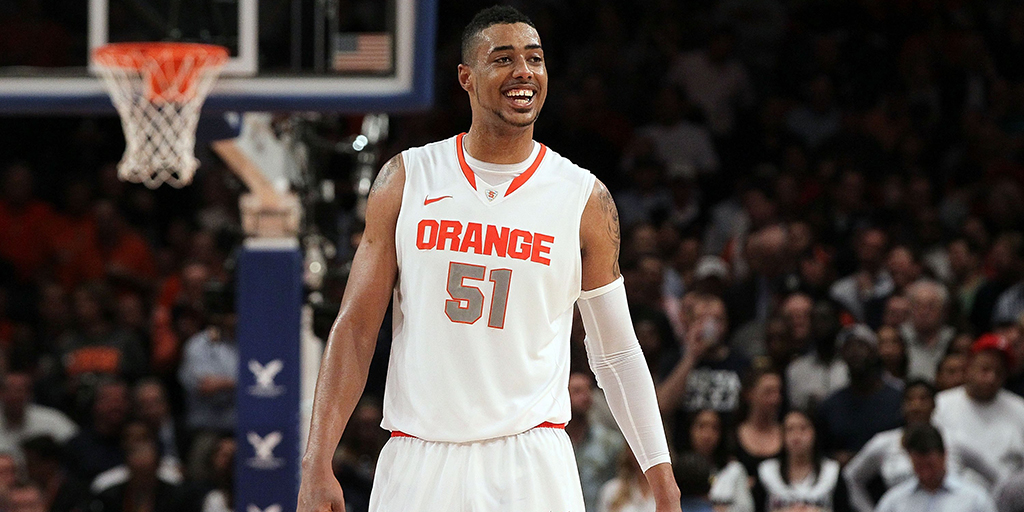 Former Syracuse star and Boston Celtics draft pick Fab Melo was found dead at his family’s home in Brazil. The cause of death is currently unknown. He was 26.

Melo, who attended Syracuse from 2010-2012, had been playing professionally in Brazil after bouncing around the D-League. He was a first round pick of the Celtics in 2012.

The basketball world chimed in on social media after hearing about the tragic passing:

RIP Fab Melo! My prayers go up to you and your family! #GoneTooSoon pic.twitter.com/jKmGuToW0A

RIP Fab 😕👼🏼 your joyful personality will be missed pic.twitter.com/K0JiJUGWXp

RIP to my guy man. Was a great dude and a great teammate!! Way too soon pic.twitter.com/TmDLhDeMCc