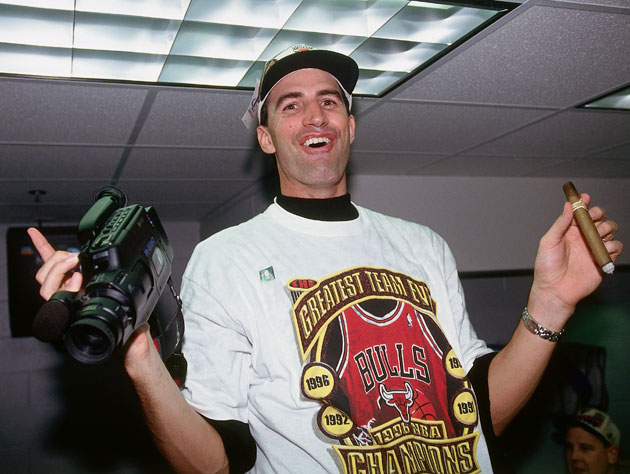 Jack Haley, one of the great all-time bench celebration guys in NBA history, passed away Monday at the age of 51.

The cause of death was heart disease, according to Haley’s family.

RIP to my brother Jack Haley. Sending love to his family. We had a great together run with the 95-96 @chicagobulls! pic.twitter.com/NtPUznONu4

Very sorry to hear my old teammate, Jack Haley, has passed away. Great guy who I stayed in touch with over the years. RIP

The big fella played for four teams during a 9-year career, and was part of the 72-win world champion 1995-’96 Chicago Bulls.

Haley is survived by his sons Jack Jr. and Jeff, his mother Jeanette, brother Tim, sister Sondra and ex-wife Stacey.

Surfing was in Jack Haley’s blood, not basketball. […] The son of an Orange County surfing icon spent nearly a decade in the NBA and was part of one of its greatest all-time teams, but the longtime Seal Beach resident did not even take up basketball until his second year at Golden West College.

“It is with great sadness that the Haley family announces the passing of our beloved father, son and brother,” Haley’s family said in the statement released by the Lakers. “Jack was honored and grateful for the opportunity to play in the NBA for nine years, alongside world-class athletes with the Los Angeles Lakers, Chicago Bulls, San Antonio Spurs and New Jersey Nets.”

“He had a great story,” said Mater Dei girls basketball coach Kevin Kiernan, who knew Haley because he coached with him at a local camp and had heard Haley was in poor health. “He didn’t start playing basketball till he was a bit older, walked on at UCLA and then played in the NBA. […] He was proof that if you work hard, anything can happen. It’s just unfortunate. He was too young.”