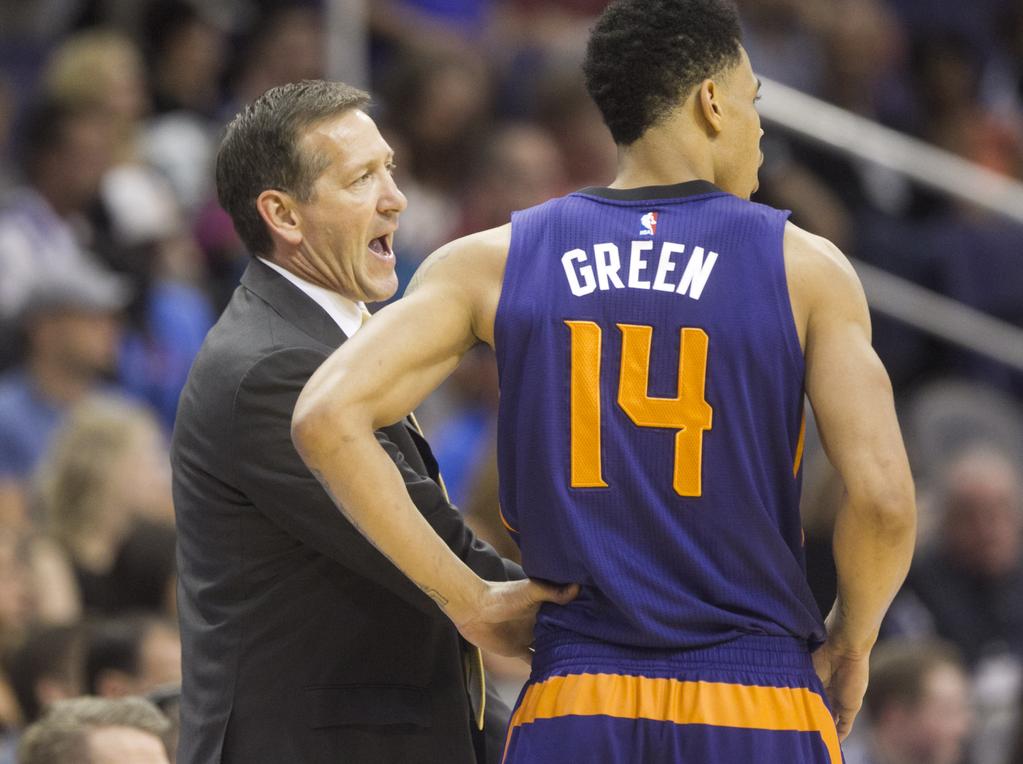 The 2014-’15 Phoenix Suns campaign has been a colossal failure, as they fell out of the Playoff race and left a long trail of hurt feelings along the way.

“He never really seemed to get it going and then it comes to the point where, if you’re not scoring and if your defense isn’t picking up, it’s hard to stay in the game,” Hornacek said. “The next guy is going, ‘I needed help here and the guy wasn’t here.’ We’re trying to develop something for the future, not just being out here for everybody to play in the game. We want to get to a top-notch winning level and you’ve got to do it on both sides.”

Green believes that Phoenix would have qualified for the postseason if he had played more in the second half of the season, and with free agency possibly looming this summer, Green’s representative fired back at Hornacek for publicly criticizing the 29-year old.

“It’s completely unfair to misrepresent Gerald and his game like this,” Kevin Bradbury of BDA Sports said. “You’re talking about a player that wants to win at any cost and is a tremendous locker guy and teammate. I don’t see the benefit for the coach to go about things this way.”

Green is in his second year with the Suns and posted his best game of the season Wednesday night against the Mavericks, scoring 30 points on 10-for-19 shooting. But after averaging 15.8 points in 28.4 minutes a game last season, he is down to 11.8 in 19.3 minutes this year. He can be a free agent this summer.

“The numbers show pretty clearly that Gerald is not the terrible defensive player he is being made out to be,” Bradbury said. “The Suns played him a lot last year, they liked what he brought, when he was rolling, the team was rolling, and no one was out there complaining about his defense. […] It’s unfortunate because the team isn’t where some people thought it would or should be at this point in the season. I’m not sure why that falls on one guy all of a sudden, especially when they have known all along what they have with Gerald. He can score, and can score a lot quickly, when you give him the minutes. He brings it on the defensive end, consistent with what the team brings as a unit. But when you hear the coach saying he is so bad that he can’t be on the floor? That’s nonsense. You have to wonder where that comes from and why.”