Giannis Antetokounmpo: ‘This is Only the Beginning’ 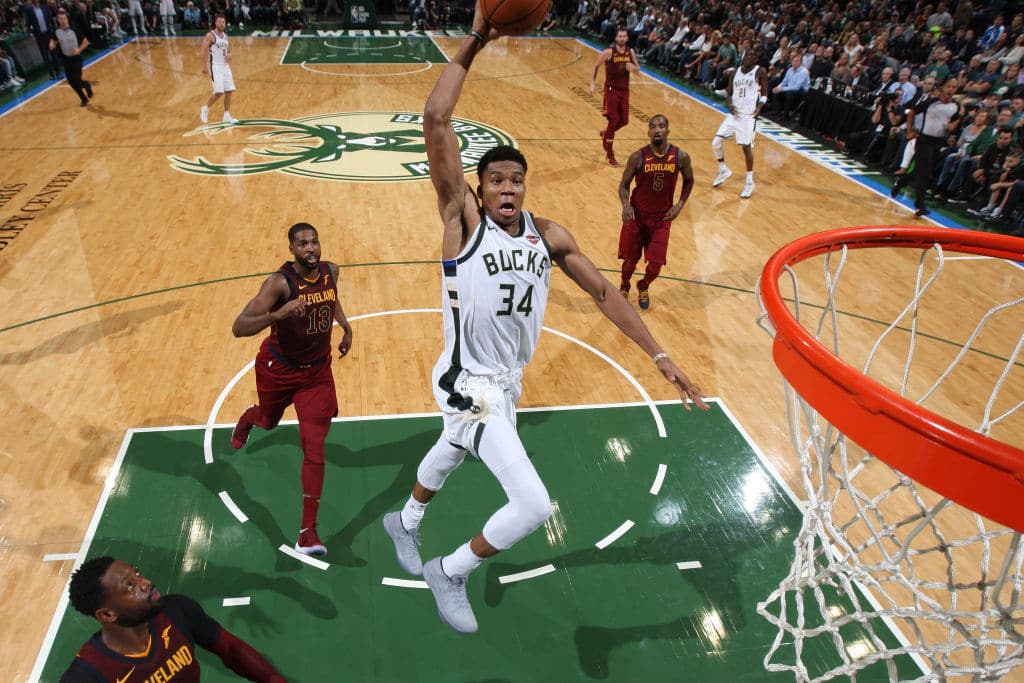 Giannis Antetokounmpo has played like a man possessed through the first three games of the season, and after dropping a career-high 44 points on the Portland Trail Blazers, the Greek Freak says his reign of terror has only begun.

Bucks 113, Blazers 110: Giannis Antetokounmpo takes it up a notch with career-high night https://t.co/ileg2ZanBL via @journalsentinel

In addition to his 44 points, Antetokounmpo made a pair of remarkable defensive plays late in the fourth quarter to secure the Milwaukee Bucks’ dramatic 113-110 victory.

The 22-year-old dedicated the game to his late father.

He used a permanent marker to sign the ball and wrote these words upon it below his signature:

Giannis’ father, Charles, died suddenly of a heart attack at the age of 54 on Sept. 29.

“It’s special,” Antetokounmpo said of receiving the ball from his teammates and dedicating it to his father. “Going forward I think that motivates me on a daily basis just playing hard for my family, especially for my dad because he loved to see us play. This is just the beginning. I’m not done yet. We’ve got 79 more games plus playoffs, hopefully. It’s just the beginning. Hopefully, he’s seeing us from above and he’s proud of us.”