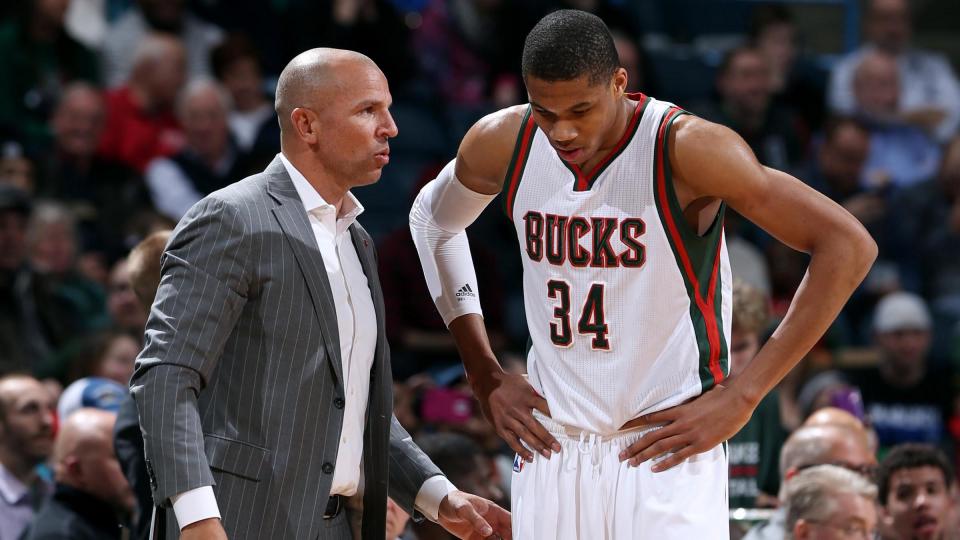 Kidd shifted The Greek Freak in the PG role in early February, which has resulted in four triple-doubles.

Kidd: "We're going to go forward with him (Giannis) handling the ball. You can call him point guard, point forward, point center …"

More Kidd: "With him having the ball and the pressure he puts on the defense and his ability to find guys, it's been a plus for us."

The 6-foot-11 Antetokounmpo has shown an ability to play virtually any position on the floor.

“We’re going to go forward with him (Antetokounmpo) handling the ball,” Kidd said. “You can call him point guard, point forward, point center, however you want to look at it. […] With him having the ball and the pressure he puts on the defense and his ability to find guys, has been a plus for us.”

The Bucks have eight games remaining in the regular season and four games left on their current home stand. They host Phoenix on Wednesday night. […] “We’ll finish out these last eight and also look forward to training camp and starting the season with him handling the ball.”

Since the all-star break Antetokounmpo and second-year player Jabari Parker have worked to forge a connection, and Parker’s play also has taken off. […] “I think the team is very comfortable with that,” Kidd said of having Antetokounmpo at point guard. “You can see the way he’s been playing and the way the team has been playing. With that being said, it gives him some summer school studies and he goes in understanding what he has to do to get better.”