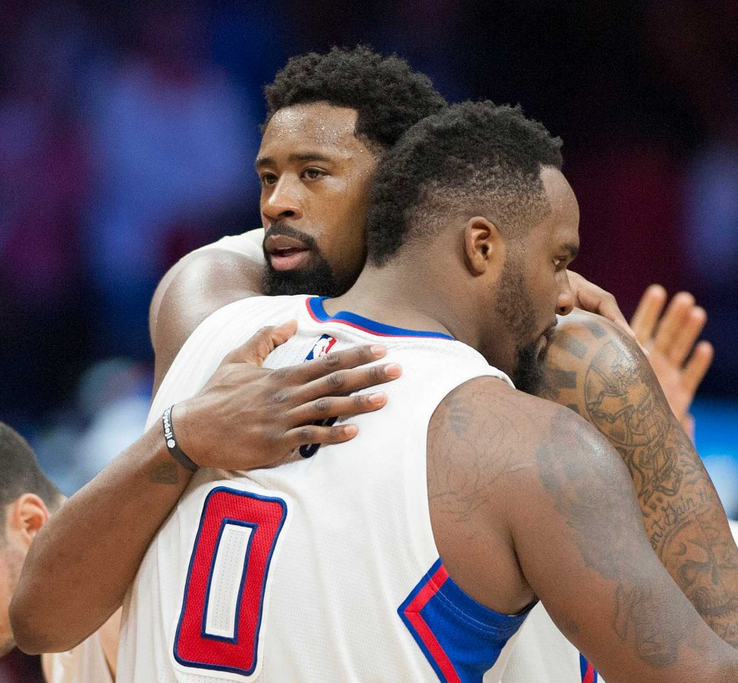 DeAndre Jordan put up a career-high 6.5 shots per game last season, and according to Glen Davis, the LA Clippers’ $88 million man needs to have the ball in his hands a lot more going forward.

“Big Baby”, still a free agent this summer, thinks the Clips would benefit from giving Jordan a bigger offensive role.

Davis says that head coach Doc Rivers has changed quite a bit since their days together in Boston.

“That situation was crazy, man,” Davis said. “I was like, ‘Oh, my God, they let him go.’ And then the next thing you know, he’s back. I’ve never seen anything like that in my entire life. How is he leaving? And then they got it done. They kidnapped him, they hostaged him up – I couldn’t believe it.”

“I thought DeAndre needed more attention because he’s a guy who dominates on both sides of the ball,” Davis said. “He doesn’t have no plays run for him, and he gets every rebound. How about we give him some confidence? Throw him a couple bones down there and see if he can get us a bucket. Yeah, he can’t shoot free throws, but hey, he’s getting people in the bonus. He’s making things happen out there. So you got to show him some love because he’s a vital player.”

In other news, Davis, 29, has enjoyed playing for Doc Rivers – both in Boston and Los Angeles – but said that each experience has been different.“I think he’s changed as a coach,” Davis said. “In Boston, I think when you have players like Kevin Garnett and Ray Allen (who are) so experienced, he has to do more coaching with these guys – with Blake (Griffin) and DeAndre and Chris (Paul) – and walk them through the process of understanding championship basketball. You got to kind of change your tone and the way you talk to these younger guys. So he’s changed for the betterment of the team so he could get everybody on the same page.” […] “I would love to go back,” the free agent said. “Doc and his system works for me. He needs a guy to set picks and do the dirty work and stuff like that. I feel at home there. It’s just about getting (a deal) done.”