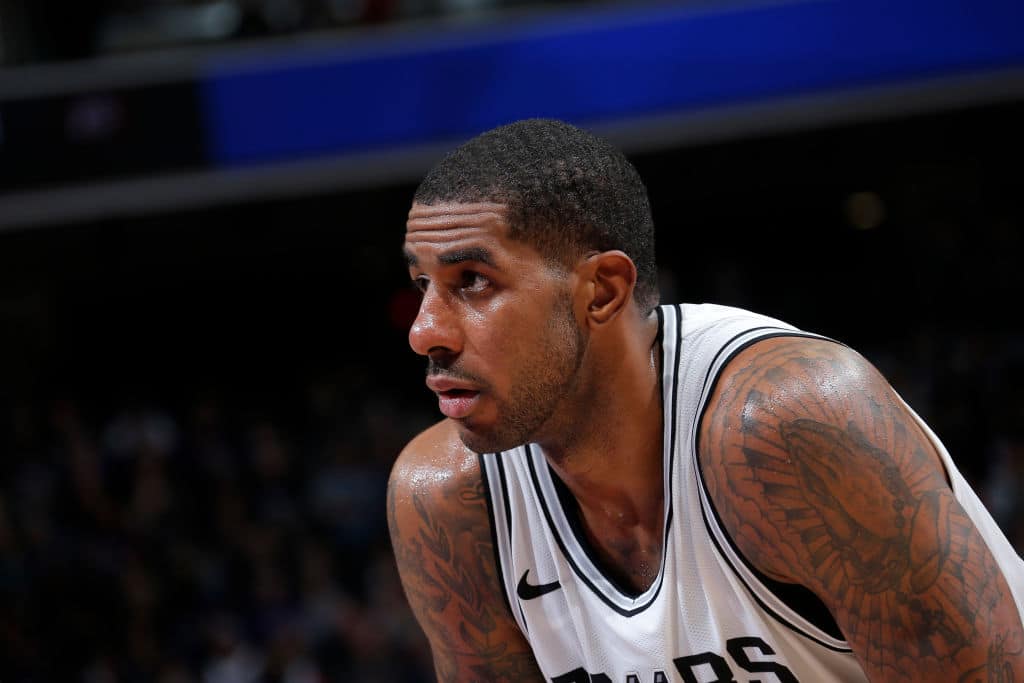 LaMarcus Aldridge, frustrated with his role in the Spurs’ offense, approached head coach Gregg Popovich with a trade request during a clear-the-air meeting this past summer.

Pop says it was the first time a player had ever asked him to be traded.

Pop sheds light on Aldridge's demand for a trade this past summer. #Spurs https://t.co/vmcXgEHkLD

Aldridge and Popovich eventually worked out their differences, and the big fella re-upped in San Antonio with a three-year, $72 million contract.

The demand led to some frank but fruitful conversations between the two that laid the foundation for the fine season Aldridge is enjoying.

“I was very candid with him,” Popovich said. “I told him I would be happy to trade him. You get me a talent like Kevin Durant and I will drive you to the airport. I will pack your bags and I will drive you there,’ and he laughed. And I said, ‘Short of that I am your best buddy, and you are here for another year and you ain’t going nowhere because for you talent-wise, we are not going to get what we want, so let’s figure this thing out. And we did.”