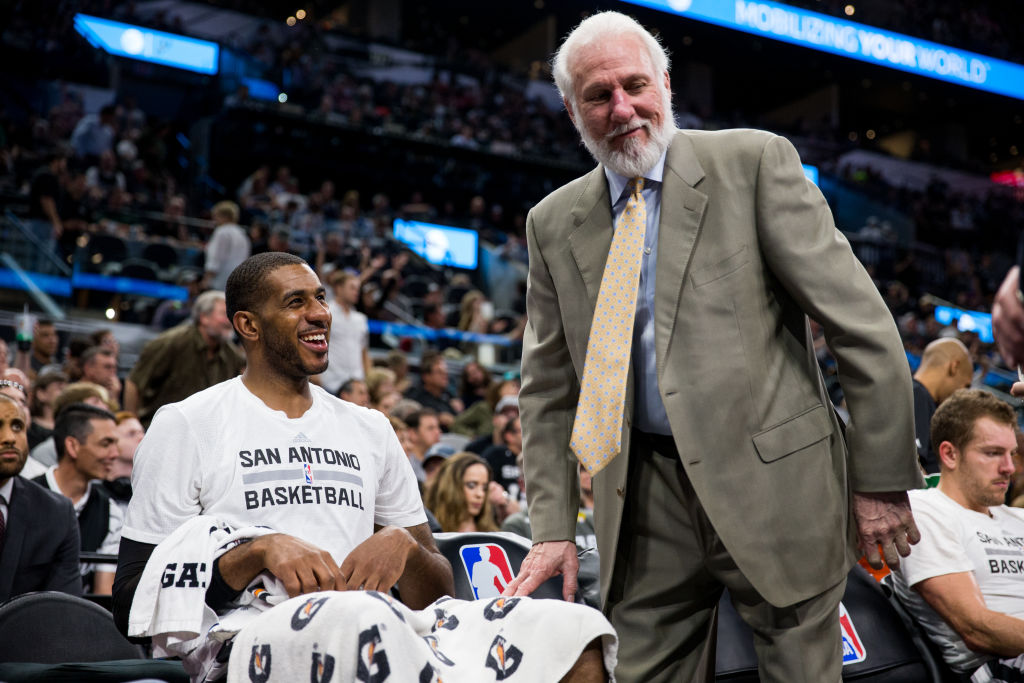 Gregg Popovich says that he has misused LaMarcus Aldridge the past two seasons.

Pop blames himself for attempting to change the Spurs’ big man, who put up the lowest numbers (17.3 points, 7.3 rebounds) in 2016-17 since his rookie campaign.

Popovich says he made a mistake by trying to change LaMarcus Aldridge https://t.co/hOlVrdTF9G

“He just didn’t feel comfortable and it’s 98.75 percent on me, and whatever is left because I can’t subtract that well,” Popovich said Wednesday before the Spurs played Minnesota in their season opener. “I tried to change him.”

Popovich spoke to Aldridge several times over the summer, and Popovich said he realized that he should have handled things differently from the get-go.

“I thought back to Timmy, and people said, ‘Oh, what are you going to do with Tim Duncan,’” Popovich said. “And I said, ‘Nothing, I’m just going to watch him for six months and see what he does. He’s a pretty good player. And if there’s something that I think I can add, then I’ll do it.’ With LaMarcus, he got here and on day one I said, ‘Okay, we’re going to do this. And (Jack) Sikma did this. And you’re going to do this pump fake.’ I tried to change him. I tried to make him a different player.’”