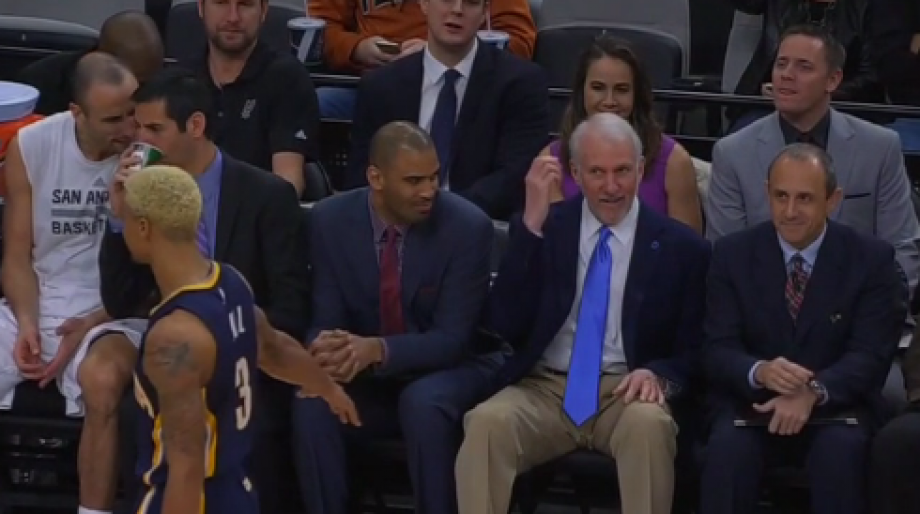 i love the nba hahahahah pic.twitter.com/Np6TGxiPPD

Pop claims to love Hill’s hairdo, and wishes he was brave enough to pull off the look himself.

The former Spurs guard and his visiting Indiana Pacers fell to San Antonio 106-92.

“I love it,” Popovich told reporters. “I wish I had the guts he has. That could really turn some heads.”

Former teammate Tony Parker was on a bit of a different page regarding Hill’s brash change. […] “I love George, my little brother, but I don’t know about that haircut,” Parker told reporters, before loosing a contagious laugh.

Hill actually had a solid game, scoring 15 points on 6 of 13, but as they have most of the season, Popovich and his gang got the final laugh.