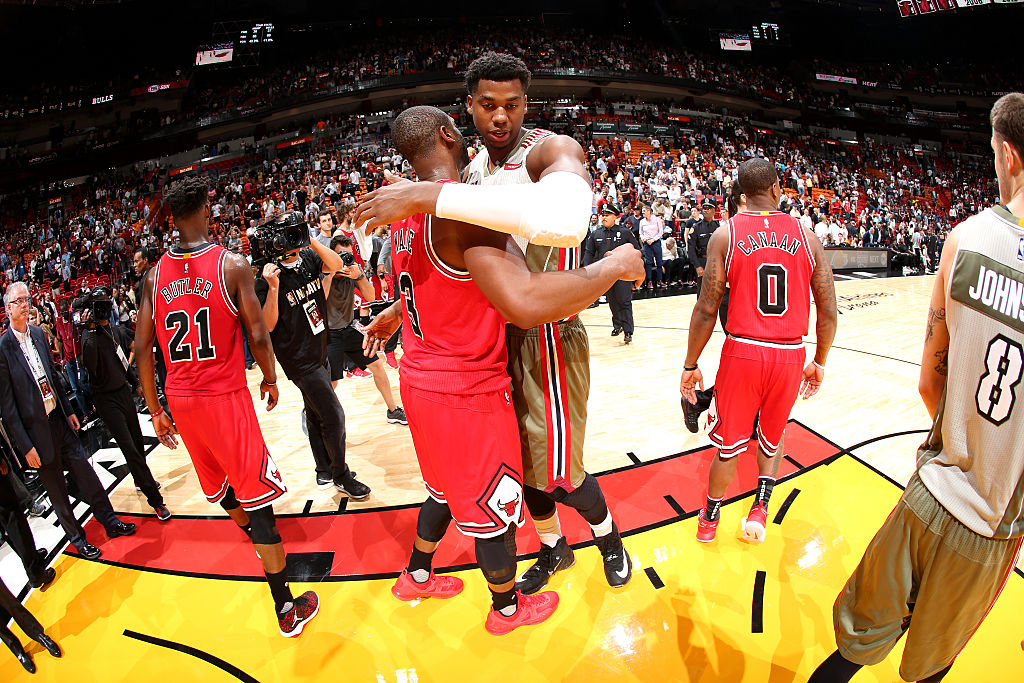 Hassan Whiteside would be in favor of a reunion with Dwyane Wade in South Beach.

Wade, 35, isn’t expected to remain in Chicago for very much longer.

I can officially confirm that Dwyane Wade's kids are back at school in S. Florida, no longer in Chicago.

Whiteside says the Heat would benefit from re-signing the future Hall of Famer.

“It’d be great,” Whiteside said at a fundraiser for his Whiteside Foundation. “It’s a three-time NBA champion coming back, coming in and really helping a team out. It would be great.”

That, of course, is if Wade receives a buyout from the rebuilding Chicago Bulls, having joined his hometown team last summer on a two-year deal after a contract impasse with the Heat.