Hassan Whiteside: ‘It’s Looking Like the Flop-Offs to Me’ 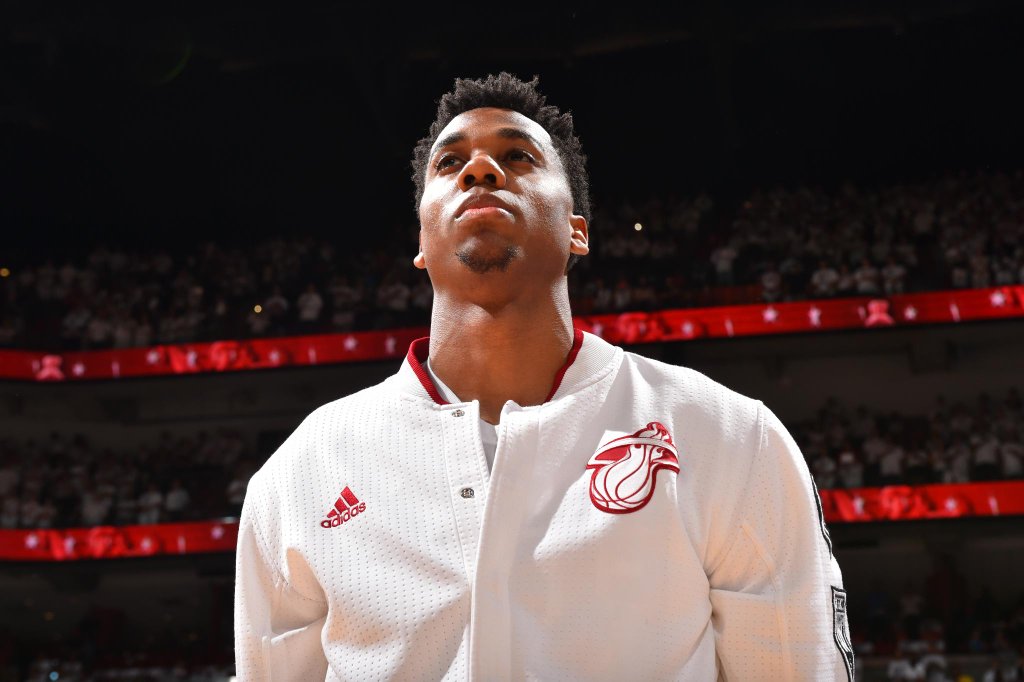 Miami Heat center Hassan Whiteside was in foul mood Monday night following the Miami Heat’s loss in Game 4 to the Charlotte Hornets, and blamed the referees for losing control of the series which is now deadlocked at two games apiece.

The big fella says Hornets defenders are getting away with too many flops.

Whiteside had missed a pair of practices due to a bruised right thigh, and foul trouble limited him to just 25 minutes of burn.

“I don’t know man, it’s looking like the flop-offs to me,” Whiteside said after foul trouble in Monday night’s 89-85 loss at Time Warner Cable Arena dropped the Heat into a 2-2 tie in this best-of-seven opening-round NBA playoff series. “The refs just got to watch for people flopping.”

Whiteside said between Hornets guard Jeremy Lin flailing his arms to draw fouls and Charlotte center Cody Zeller toppling at the slightest of contact, the whistles in the series have his ears buzzing. […] “I don’t know, man. I really don’t,” he said. “I don’t even have an answer for it. I don’t know.”

On the eve of the series, an extensive piece in The New York Times chronicled a viral video, titled “Jeremy Lin: Too Flagrant Not to Call,” detailing a perceived lack of respect when it comes to foul calls for Lin. […] Since then, Lin has taken at least six free throws in three of the series first four games, including shooting 8 of 9 from the line in Monday’s Game 4. For his part, (Goran) Dragic has done so only once, including no free throws in Game 4.