Hassan Whiteside Out for Game 5 in Toronto 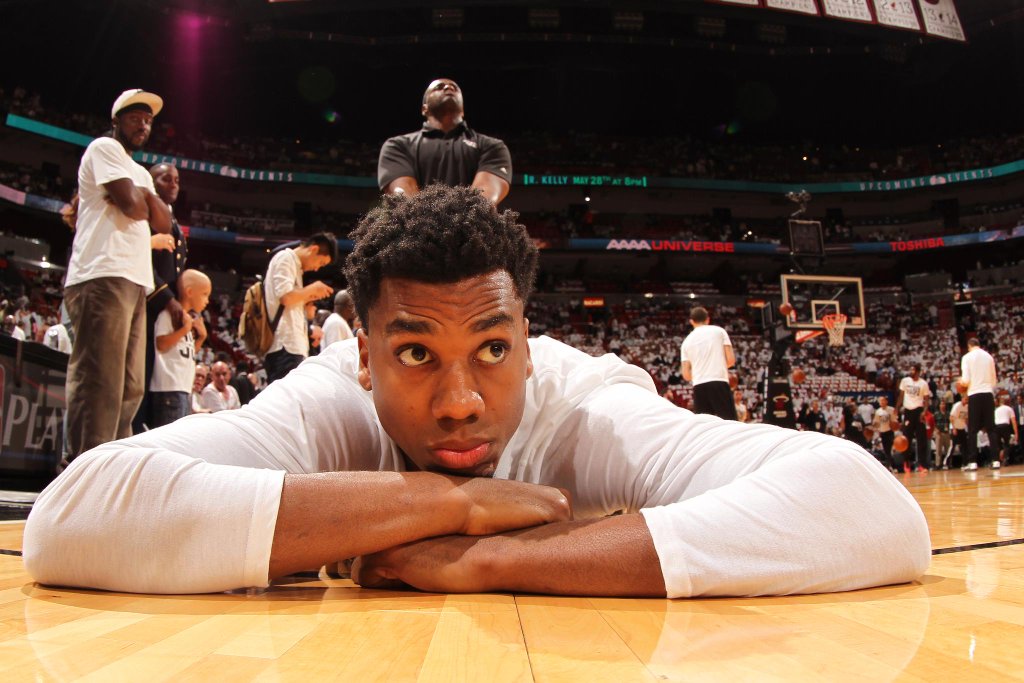 The Miami Heat announced Tuesday that center Hassan Whiteside will not travel with the team to Toronto for their Game 5 battle with the Raptors.

Whiteside has been out since spraining his right knee in Game 3 last Saturday.

INJURY UPDATE: Hassan Whiteside (sprained right MCL) will not travel with the team to Toronto for tomorrow night's Game 5.

Coach Spo says Whiteside will remain in Miami for treatment and rest.

The Heat evened up the series at 2-2 last night, but may not have the big fella the rest of the way:

The Miami Herald has learned from a league source that it is a first degree, or least severe, sprain.

The Heat will know more after Whiteside’s swelling and bruising subsides, and he can take a stability test — likely later this week — to see how he responded to rest and treatment. […] After that, it’s mostly about how he can handle the pain, which can be significant, that comes with the injury. And he would need to wear a special brace.


So Heat fans shouldn’t expect this series, but the next one against Cleveland would be possible, if the Heat gets that far.