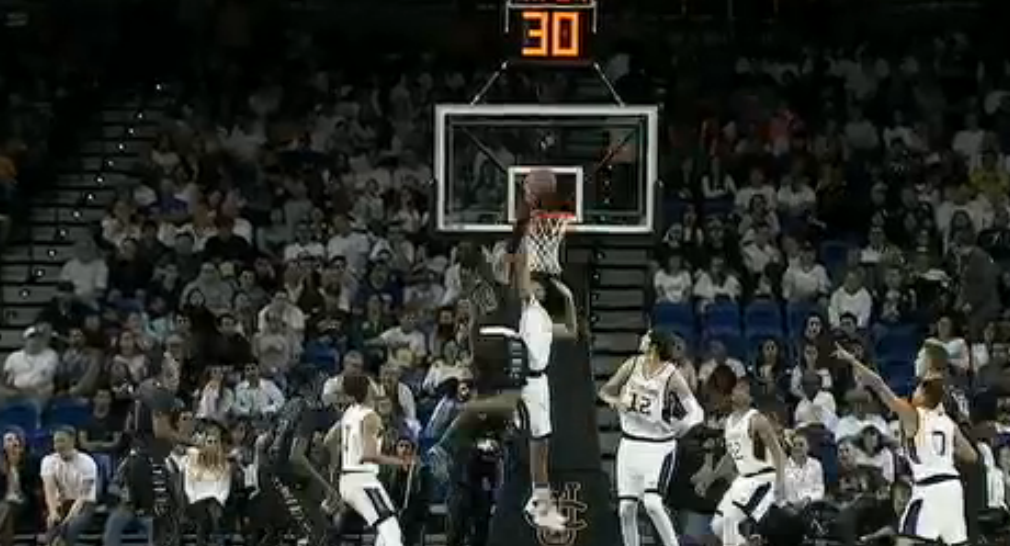 This seriously may be the best inbounds play that we’ve ever seen. Hawaii had the ball under its rim against UC Irvine, which forgot that it was supposed to guard the lane. Aaron Valdes, a junior guard for the Rainbow Warriors, saw that no one was defending the paint, so he started broke for the rim. His teammate under the basket saw what was happening, lobbed the ball up and Valdes threw down with one hand over a defender. 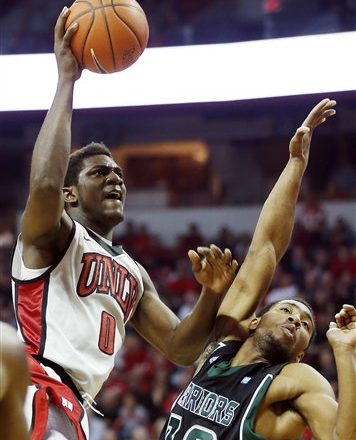