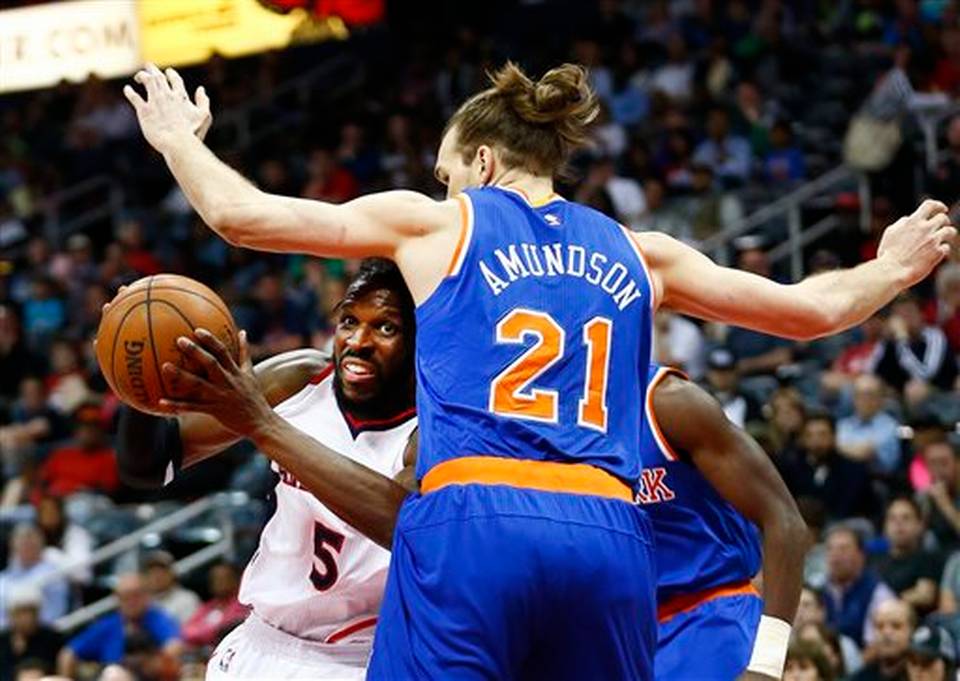 Despite going through yet another brutal season, the New York Knicks remain a prized destination for NBA free agents.

Atlanta Hawks swingman DeMarre Carroll will place the Knicks high on his wish list this summer, as he explores his free agent options.

Carroll has bounced around the L, playing for five teams in six seasons.

According to a source, (Knicks head coach Derek) Fisher is high on Carroll, who had 16 points, four rebounds and three assists on Monday, and the defensive approach he brings to the court.

“Most definitely,” Carroll said when asked if the Knicks would be a high consideration. “When guys talk about playing in certain places — they talk about Madison Square Garden and Staples Center. Those two places. New York has a lot to offer but at the end of the season, I’ll let my agent do that. We’ll keep our options and hopefully it will work out for the best.”

Carroll, the 27th pick by the Grizzlies in 2009, says he persevered and Fisher was a past source of encouragement during their workouts. […] “Man, I just think it was about opportunity, understanding who you are and bettering yourself,” Carroll said. “Three things I focused on. I stayed true to who I was. That’s being a junkyard dog, doing the nitty-gritty things. Once I figured out the gritty work on defense will get me on the court, then I started working on my offensive game. It happened for a reason. If I could tell any of the young guys, stay true to who you are. Everyone wants to be the Kobe [Bryant] and Lebron James but you got to know your role.”