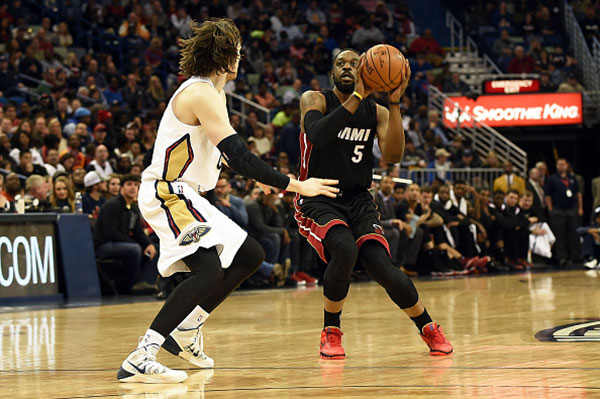 The last few years have been a wild ride for Henry Walker, but he seems to have cemented his spot back in the NBA, signing with the Miami Heat for the remainder of the 2014-15 season and beyond, a source tells SLAM. With his second 10-day contract expiring, the athletic swingman will be with the Heat for the rest of this year and has a partially guaranteed contract for 2015-16. Averaging 8.5 points and 3.4 rebounds per game, Walker has been essential in Miami’s push for a playoff spot after the season-ending loss of Chris Bosh.

It has been a story of resurgence for Walker, who is getting his first taste of NBA action since playing with the New York Knicks under the name of ‘Bill’ in 2012. One of the most highly touted recruits in the legendary high school class of 2007, he was considered by some to be the next Vince Carter. Several knee injuries and being deemed ineligible to play high school hoops in Ohio sent him to Kansas State a year early. He was ultimately drafted in the second round before spending four years with the Celtics and Knicks.

Walker, who is represented by Mike Naiditch, has completely rebuilt his NBA career. After his contract expired with the Knicks, the 6-6 wing embarked on a journey through the minor leagues that took him all over the USA and to South America. He spent time with Austin and Sioux Falls in the D-League, played in Venezuela and even Alaska.