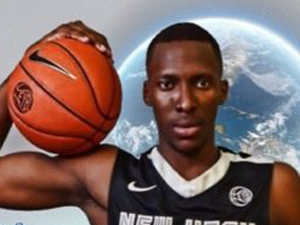 A high school Class of 2015 basketball player from Ghana, Abdul Razak Shanun, drowned after his kayak capsized in Mission Bay this weekend. The 17-year-old Shanun, who participated at one of Jared Dudley’s camps, was being recruited by San Diego State University, among others. More from U-T San Diego:

The 17-year-old immigrant from Ghana — a promising basketball player who was being recruited by San Diego State University and other colleges — rented a red kayak, but ran into trouble and capsized about 3 p.m.

Witnesses saw him cling to a life preserver for a short time before he lost losing grip. A nearby kayaker extended an oar to aid him, but he sank in the water off Santa Clara Point Recreation Center.

Lifeguards, divers and boats with sonar technology searched the bay’s murky water until dark, then resumed looking for his body Sunday morning. He was found in about 25 feet of water about 9:35 a.m.

Shanun was a 6-foot 8-inch power forward who had played with a number of organizations around the country before landing at Balboa City School, a private school in San Diego.

My prayers go out to the family and friends of @Abdulshanun .. Sad news of his sudden death.. Smh