HoopSource brings basketball tournaments, leagues and events to youth in the Pacific Northwest. 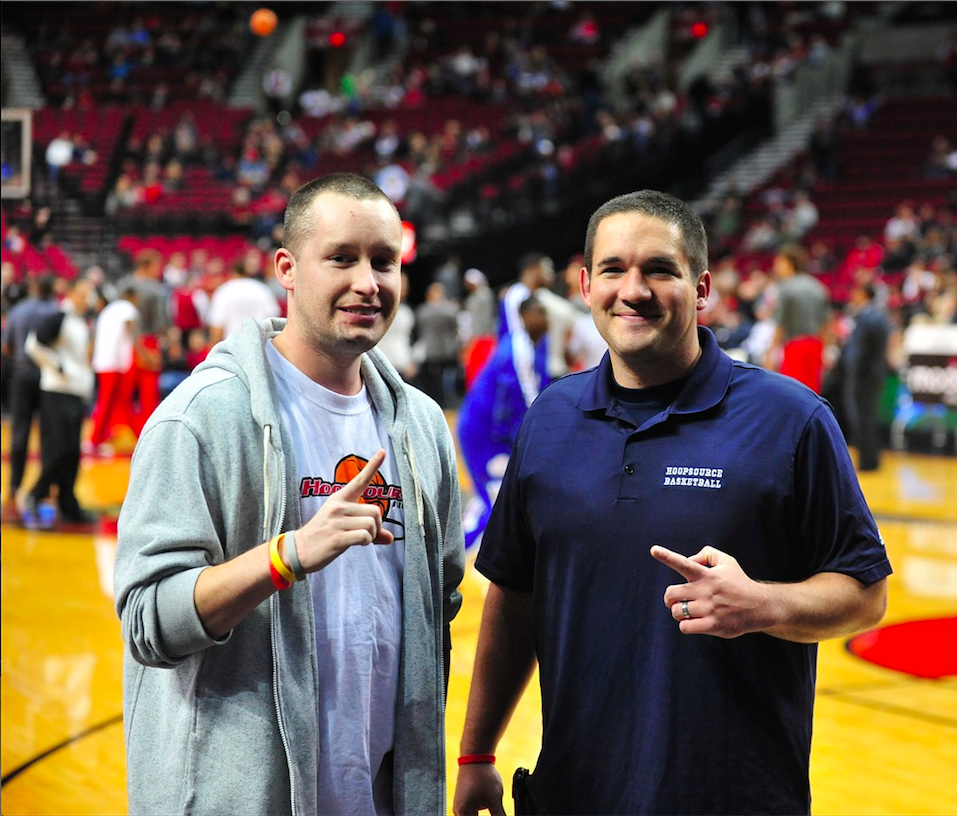 Expanding from their initial 26-team league seven years ago, the organization is now 400 teams deep. For Menten and Walker, two of the Portland area’s most established coaches, the foundation of HoopSource stemmed from the absence of the game they loved in the organization’s home state of Oregon.

“There was a niche in the community that was not being filled—there was a strong void,” Menten said, a former standout at Division II Warner University. “So we came together and we basically come up with the concept of HoopSource basketball, providing basketball in the area for first grade boys and girls all the way to varsity boys and girls to play basketball and to get on the court.”

Hoop Source coordinates with youth basketball teams and coaches across the region, helping them come to Portland metropolitan gyms for quality competition. For the Pacific Northwest, an emphasis on basketball has been lacking, as evidenced by the departure of the Seattle SuperSonics to Oklahoma City following the 2007-08 NBA season. Walker’s mission is to show the youth basketball world that the region is ready to become a breeding ground for top-level talent.

“We obviously have a pretty large following here in the Northwest in our own small niche,” Walker said. “It’s the home of adidas, the home of Nike and it’s the home of Under Armor now, so we tried to fill the gap there and try to bring people to Portland and this beautiful place and build something people want to come to.”

Walker and Menten have done just that, as their tournaments and events run three divisions deep. First division teams are comprised with varsity level talent among the players, while the lower divisions provide a balance between competitiveness and fun for their elementary ballers. These tournaments not only provide a safe forum for kids to play, but also serves as platform for them to get noticed by college coaches.

“Were trying to give kids the best opportunity for kids to improve and get better through our tournaments, so we work with different coaching clinics here locally to try to broaden the coaching perspective,” Menten said. “The end goal is hopefully these kids will be able to play in our events and go onto school and be able to get their school paid for in some matter of form to keep playing at the next level.”

Through HoopSource ran events, talent across the region can showcase their skills at venues throughout Oregon and into Washington. Menten and Walker carefully choose the gyms for their coveted leagues, making sure the staff and operators are doing everything they can to promote a successful event. For the schools, however, HoopSource provides them with the necessary funds to help field their teams as well as give their student-athletes another shot to play outside the season.

“Some of the schools out here really rely on us to raise that money in order to pay their coaching staff, pay for their trips and youth uniforms. For them, that’s part of their main motivation in working with us,” Walker said.

Menten and Walker are both former AAU coaches, but their events and tournaments provide aspiring players with something local club basketball squads may not have the means to do.

“Our league provides the chance to play a wide demographic of teams,” Menten said. “We bring teams from around the country.”

To create a competitive environment within their events, Menten and Walker are constantly coordinating with coaches and leagues to organize the best match-ups. Working with Indihoops.com rankings, the duo works diligently to seed teams based on their ability to ensure no squad is playing well out of their talent level.

It is this attention to detail that has made HoopSource grow immensely in just seven years.

“We are the largest event basketball game provider from a year to day calendar schedule in the country,” Menten said. “We have relationships in Guam, relationships in China—our presence is becoming even more significant in some of those global areas.”

As HoopSource continues to evolve, the hope is that the Pacific Northwest will be on the horizon for producing the next crop of blue-chip talent in high school and college basketball.