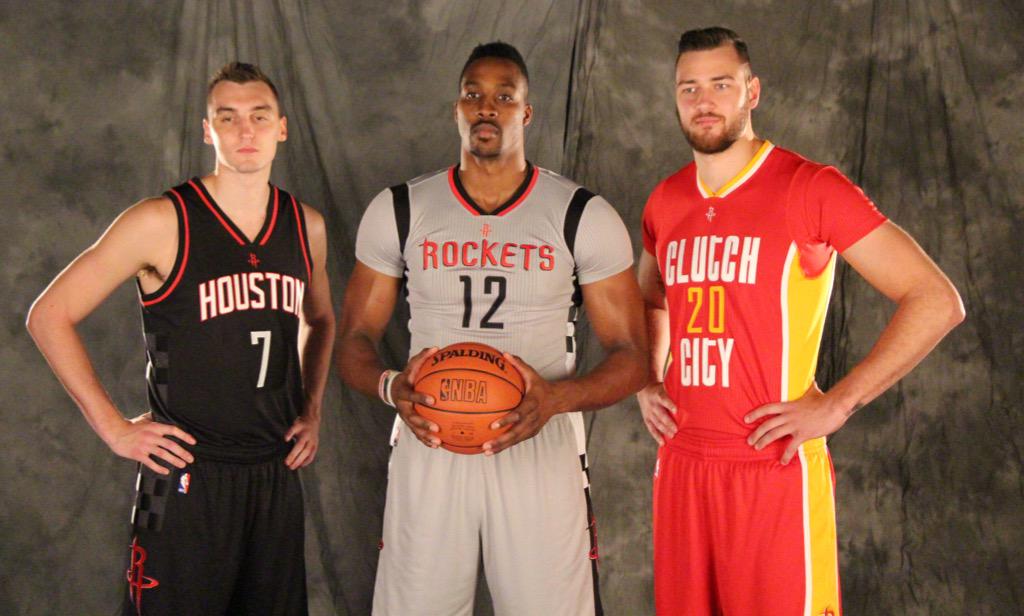 The Houston Rockets showed off three new alternate jerseys Tuesday night at the House of Blues in H-Town.

"If you look around this locker room, you see #Pursuit. All of us are in #Pursuit of that ring." – Dwight Howard https://t.co/D7rFADKR47

“It’s pretty nice,” said forward Donatas Motiejunas, who modeled the “Clutch City” jersey. “I think it’s really good we’re going to represent the Clutch City, those two years they won the championship back-to-back. It’s going to be fun to wear them. I hope we’re going to wear them in important games.”

Dwight Howard sported the silver alternate while rookie Sam Dekker donned the black “Space City” alternate that will be worn in the 2016-17.

“To have these threads on is pretty neat. I think we look pretty good,” rookie Sam Dekker said.