I eat blogs for breakfast 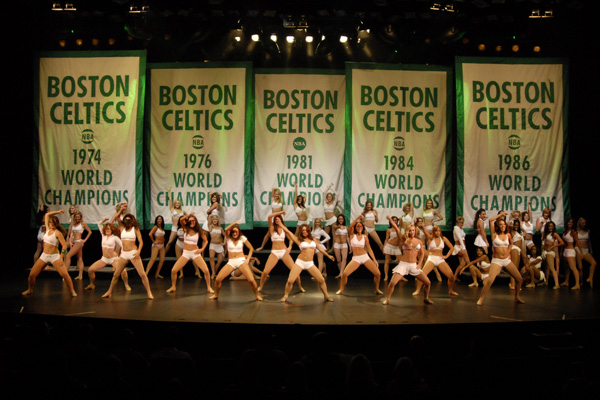 People seemed to get burnt out on Mark Cuban during the Finals, but he’s got some radical, exciting ideas on how to change the game. He also gives a business plan and how to guide for owning your own minor league basketball team.

It seems like 25% of my posts are Iverson trade rumors, so I’ll let someone else do the dirty work today. The Association takes over. One of the pages they link to is the Blazers infamous 25 point pledge. I chuckled to myself 25 times in a row.

There’s been a lot of talk about how Boston Celtics lead columnist Peter May really messed up over the weekend. I won’t pretend like I’ve ever read something he’s written or that I know who he is. This is from yesterday, but it’s Celtics blog’s Jeff Clark filling in for Henry Abbott at true hoop who was on paternity leave.

Meanwhile, the Celtics organization is moving on to some more important matters. At Foxwoods casino. For those of you that listen to the radio in New York, sing along with me, “The wonder… of it all.” You know what I’m talking about.

This is a belated link to a belated post about the Flip Murray trade. How are there two guys named Flip on the same team? That’s going to be confusing. It’s right out of that Seinfeld with T-BONE.

Whoa… Have fun with this quote: “I always admired [Webber] as a basketball player and as a person from afar, but I’ve got a different love for him now, now that I know who he is as a man.” That’s Allen Iverson talking. You’ve got to throw a quick N.H. at the end of that statement. Got that one here at NBA Basketball and Other Unrelatedness.

Forum Blue & Gold is trying to talk itself into believing in Vlad Rad.

The Wizards are about to get Darius Songalia and the T-Wolves are shopping Marko Jaric.