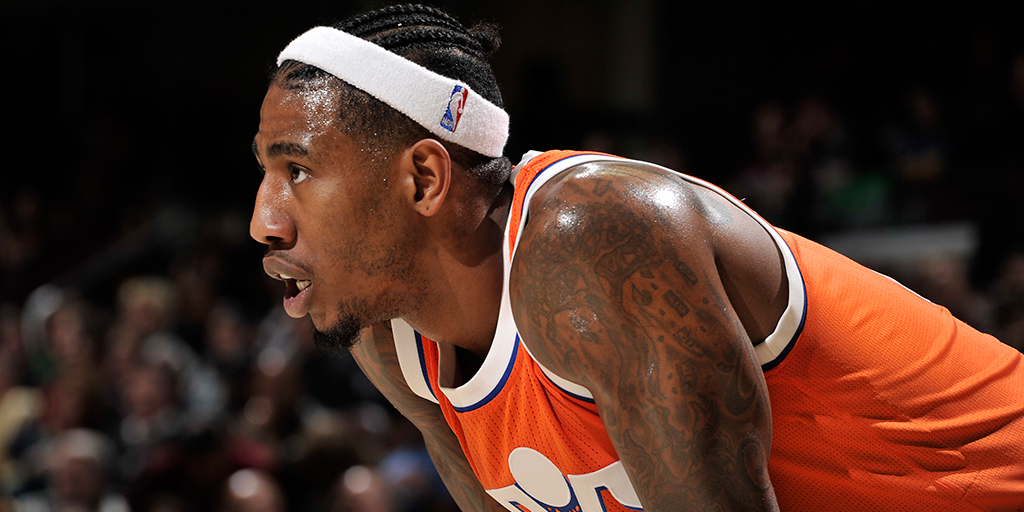 In 2015, Knicks president Phil Jackson traded Iman Shumpert and JR Smith to the Cavaliers in a three team deal that sent Alex Kirk, Lou Amundson, Lance Thomas and a 2018 second-round pick to New York. The move proved to be a much-needed change for Shumpert, who has now played in two-straight NBA Finals, winning one in 2016.

HoopsHype caught up with Shumpert, Jamal Crawford, Anthony Morrow and Cameron Payne to find out what it’s like to be part of a midseason trade. Shump says he initially “felt bad” that he wasn’t able to help the Knicks climb out of a hole, but after playing for the Cavs and going on a winning streak, he says Cleveland “kind of grabbed me out of hell.”

“I was never the new kid in school or anything, so this was the closest thing for me to changing schools and going through that. For me, it would’ve been cool if [things ended differently with the Knicks]. I was hurt when I got traded, so it would’ve been cool for me if I had at least gotten to play my last games with them. I was sitting out for like a month and by the time I got traded, it was a deflating feeling, especially with that season that we were having. I felt like I didn’t get a chance to help get us out of the hole, you know what I mean? (winces) I just felt bad and felt like we had dropped a bunch of games. I felt bitter that I had to leave on such a bad note. I just remember the feeling [sucked]. It was like, ‘Ah, I’m hurt, we’ve lost a bunch of games in a row and then I’m traded.’ Then, shortly after we walk in and we get to playing with the Cavs, we go on a long winning streak. I kept thinking back to my old teammates like, ‘Damn, I was hurt and we were losing. Now I come here and I’m playing well and the energy is great.’ I just felt like they kind of grabbed me out of hell. And every game was being showcased on TV and we’re winning. It was just crazy. I was happy, but I felt bad too.”