Iman Shumpert to the Warriors: ‘We Gon Bust Your Ass. Period.’ 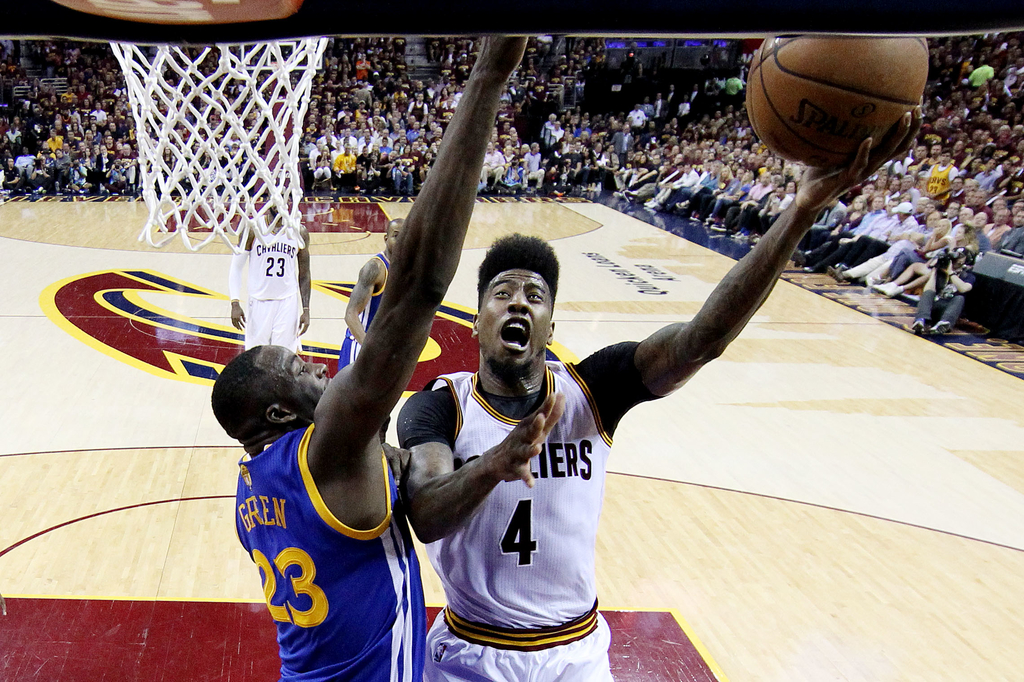 There’s no love lost between the Cleveland Cavaliers and Golden State Warriors.

Iman Shumpert, responding to Draymond Green recently stating that he wants to “destroy” the defending NBA champs, says the Cavs fully expect to deliver a beating whenever they meet the Dubs.

Hatred in sports is healthy. Hate it or love it. Just remember to respect it. the @NBA is bringing the hate back. And the fans love it! 💯

People started boycotting New Balance after the company seemed to voice support for Trump. Kanye West recently said he would’ve voted for Trump if he had voted. Would you still wear Yeezys?

Shumpert: “I understand people’s stance on Trump. I can’t get caught up in the racial, sexist bullshit he’s got going on. That’s his personal thing, ya dig? But I just don’t think he can make anything shake like that. He not finna start no civil war out here. I do think he’s crazy—straight up. I think he did that stuff to get people to think he’s willing to shake it up. But did I vote for him? No. The other stuff that comes with him, I can’t get with. But now that he’s here, I’m not finna drag my feet. I gotta work here, at least until the offseason, if I wanna go get a crib in the Islands.”

Will you go to Trump’s White House if the Cavs win the championship again this year?

Shumpert: “I’m not going to the White House.”

Draymond Green said in a recent interview that if the Warriors win the West Conference and the Cavs win East Conference, he wants to “annihilate” you guys in the Finals.

Shumpert: “He should. We supposed to hate them, and they supposed to hate us. It’s OK. They supposed to take cheap shots at us. They’re gonna hate us, fam. That’s what sports is. It’s great. I love every bit of it. I’m glad he said that ’cause we gon’ bust they ass, too. You need to type that up: We gon bust your ass. Period.”