Indiana Pacers to Apply for a Disabled Player Exception 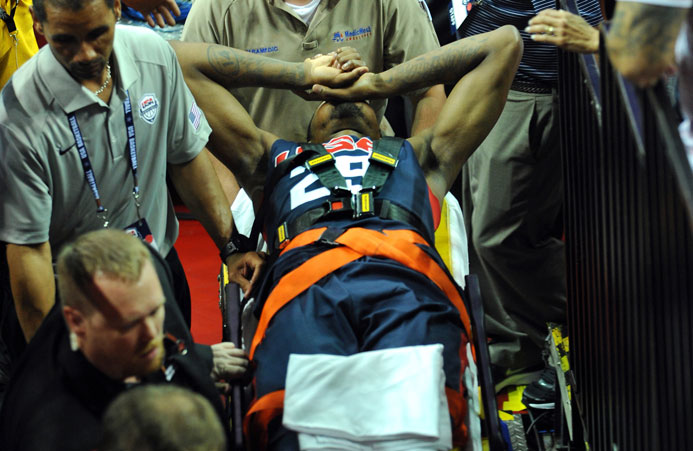 In the wake of All-Star forward Paul George’s devastating, likely season-ending leg injury, the Indiana Pacers are expected to apply for a Disabled Player Exception. Once granted, the Pacers would have $5.3 million at their disposal to sign a free agent. Per NBA.com:

Under the terms of the Collective Bargaining Agreement, the Pacers can apply for the exception between now and next January 15. The NBA would then designate a physician who would examine George. If the physician determines George, as everyone currently believes, will not be able to play at any time in the 2014-15 season, the league would grant the exception to the Pacers.

Indiana could then either sign a free agent for one year at either 50 percent of George’s salary for next season, or for the non-taxpayer midlevel exception amount, whichever is lower. In this case, with George on a max contract, the Pacers would get a $5.3 million exception to use on a free agent.

The Pacers could also trade for a player in the final year of his contract, with similar limitations. However, Indiana could acquire a player making up to $5.4 million next season under the CBA’s rules. The Pacers could also claim a player off waivers in the final year of his deal at $5.4 million. […] Whether the Pacers would use the full disabled exception is not clear. If they did, they would exceed the luxury tax threshold by about $3.7 million. Team president Larry Bird has said repeatedly that team owner Herb Simon does not want to pay tax next season.