Isaiah Thomas ‘Confident’ He Can Lead the NBA in Scoring 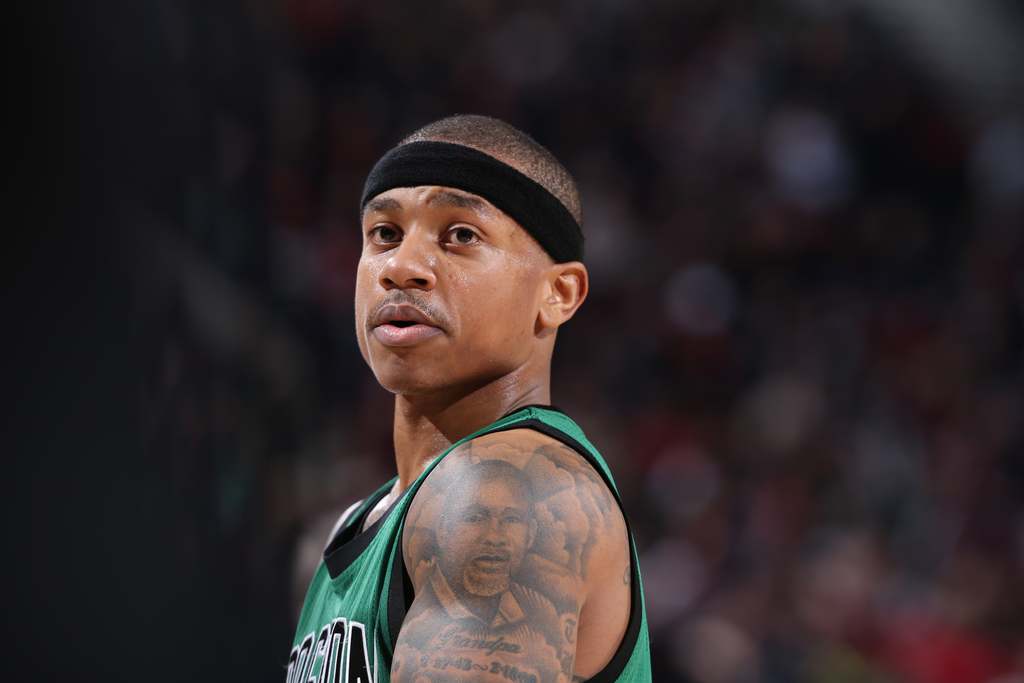 Isaiah Thomas believes he can leapfrog Russell Westbrook (31.1 PPG) and lead the NBA in scoring.

Thomas, the No. 2 scorer in the L at the moment at 29.9 PPG, says it’s his goal to win the scoring title this season.

Isaiah Thomas on catching Russell Westbrook for scoring title: That's the goal. I think I can. I'm confident I can.https://t.co/bM0cRyYPIl

Per the Worcester Telegram & Gazette:

Catching Westbrook isn’t out of the question for Thomas. […] “That’s the goal,” Thomas said. “I think I can. I’m confident I can.”

Even if the 5-foot-9 Thomas doesn’t end up leading the NBA in scoring, he could still finish with the highest scoring average in Celtics history. Larry Bird owns the franchise record by averaging 29.93 points in the 1987-88 season. Bird scored 44 in his regular-season finale, but still fell five points shy of averaging 30. Thomas, who is averaging 29.88 points, is six shy of averaging 30.

“Yeah, I’ve thought about it,” Thomas said. “It would mean a lot, especially with such great players that played before me, but I mean I’m not aiming for it. It’s just if it happens, it happens. If it doesn’t, I’ll be all right.”

Related
Isaiah Thomas: ‘I Feel Like I’m The Best Player In The World’