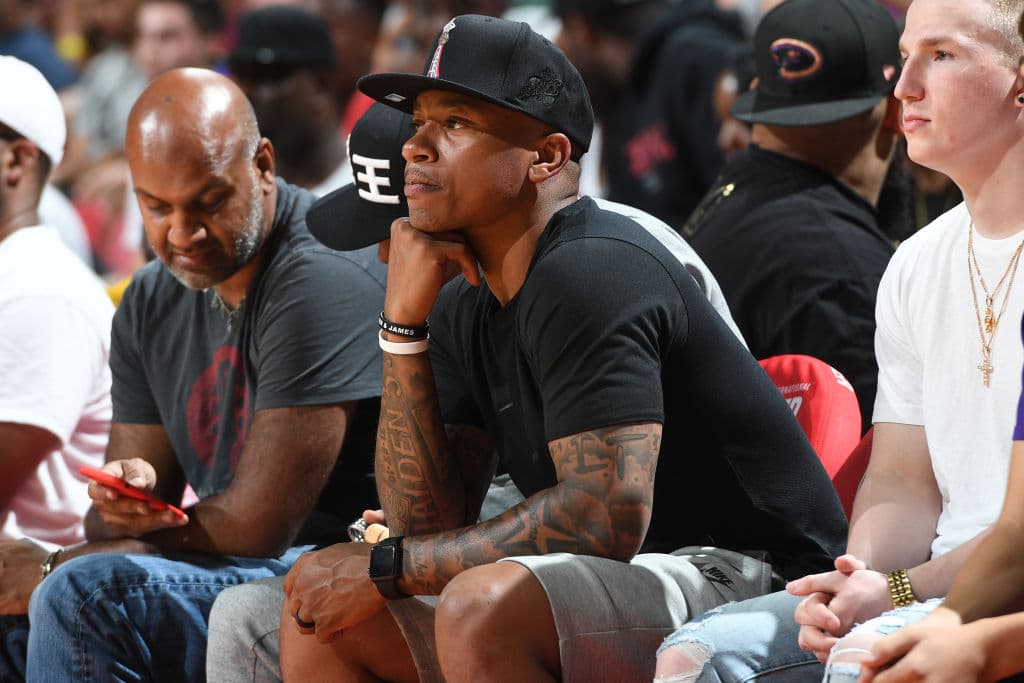 Isaiah Thomas took part in full court drills for the first time since being traded to from Boston to Cleveland, and he appreciates that the Cavs haven’t rushed him back from his hip injury.

Thomas, with an eye toward a “long career” and an “important summer” ahead of him, says a trust has been built between him and the organization.

IT also said he’s protecting himself from coming back early, with eye toward free agency https://t.co/9uQf6NRE1D

The 28-year-old NBA All-Star vows to keep protecting himself.

“I’m protecting myself, so, even if they wanted me to hurry back, I’m not going to hurry back, just because I’ve got a long career ahead of me and an important summer as well,” Thomas told Cleveland.com. “So, I’ve got to make sure I’m 100 percent healthy before I step out on the floor. But these guys have not rushed me one bit. They’ve taken their time with me and I appreciate that. Because most teams, they want you out there, especially if things aren’t going well.”

The trade angered him and disappointed him. It’s another reason why the Cavs’ deliberate approach to his rehab has endeared the organization to Thomas.

“Yeah because, I mean, it’s hard to trust organizations,” Thomas said. “They got their own agenda and you got your own. But here it’s like, since Day 1, if it takes until June, you’re not getting out there. From the first doctor I met, to the training staff to the coaching staff.

“Even with this little rut we’ve been in, it’s been like take your time. Don’t worry about this. We’ll be alright. That gives you a lot of confidence going forward, knowing that nobody’s here to rush you.”